Advertisement
Almost 140 guests came together to celebrate the leaders of the housekeeping industry. 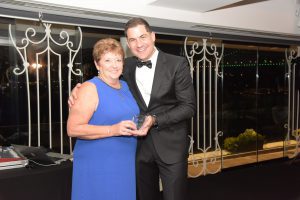 Held at the Blackbird Bar & Grill in Brisbane, the event was sponsored by Sunfresh; Cobro Group, Sci-Fleet Hino; Weatherdon and Accor.

Sunfresh CEO Steven George said the idea to host an awards night came about after the group’s leadership team discovered executive housekeepers often don’t have much contact with end-users.

“We created a recognition program for executive housekeepers, and part of that program was the annual awards dinner,” explained George.

“Our plan is to take this nationally. We wanted to start on the right foot with the inaugural awards night to recognise the housekeepers who have been in the business for a very long time. But it’s a work in progress and we are looking to expand and add new award categories like ‘Up and Coming Housekeeper’.”

Congratulations to the Sunfresh Linen award winners for their contribution to the industry:

For more information on the award winners, visit www.sunfreshlinen.com.au/awardwinners