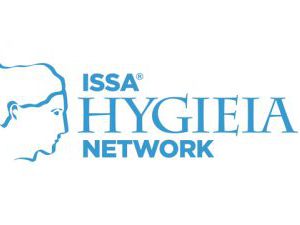 The event took place at the Hyatt Regency McCormick Place Hotel in Chicago on Wednesday 26 October during ISSA/INTERCLEAN North America 2016.

[quote] “The ISSA Hygieia Network Awards truly represent the very best work being undertaken currently in eliminating gender discrimination and encouraging diversity,” said IHN chair and Sealed Air’s Diversey Care president Ilham Kadri. “Over the next year, we will build further on the excellent work that the network is already doing with exciting additions to the program, such as mentorship, regular webinars and other education opportunities.”[/quote]

Recognising the outstanding contribution she has made to the advancement and retention of women within the cleaning industry, the IHN presented Janelle Bruland with its Member of the Year Award.

The Eidyia Award, which recognises companies or individuals leading efforts to reduce illiteracy rates within the cleaning industry’s workforce, was presented to the Asian-American Hotel Owners Association (AAHOA). Founded in 1989, AAHOA is dedicated to promoting and protecting the interests of its members through programs and initiatives in advocacy, industry leadership, professional development, and community involvement.

The Rising Star of the Year Award, which is open to women aged 35 and under who have demonstrated their commitment to further the ideals and objectives of the ISSA Hygieia Network, was awarded to Paige Horn, chief operating officer from Dixie Paper Co. and Dixie Packaging.

While all categories had a record number of nominees, the Man of the Year Award category was especially popular, with Michel Landel, CEO of Sodexo from Paris, France, named as the final winner of that award for his excellent commitment and support for gender diversity and inclusion in the cleaning industry.

Sodexo was also named Employer of the Year, due to it being a company that best promotes women’s interests and gender equality in the professional cleaning sector.

At the ceremony, special awards were also given to the following individuals and organisations in recognition of their outstanding work in promoting the mission of IHN: