Advertisement
According to a Reinigungs Markt (23 March) report, Karcher recorded its highest ever turnover in the 2014 financial year with Euro 2.12 billion revenue up 3.4 percent on the previous year, or Euro 70 million in currency adjusted. 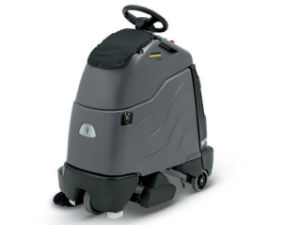 According to a Reinigungs Markt (23 March) report,  Karcher recorded its highest ever turnover in the 2014 financial year with Euro 2.12 billion revenue up 3.4 percent on the previous year, or Euro 70 million in currency adjusted. The family owned, Winnenden-based (Germany), company sold 12.72 million machines, a new sales record.

“The development in different sales regions varied greatly last year,” stated Hartmut Jenner, chief executive officer and chairman of the management board. “Important emerging economies, which have been the workhorses of the global economy in recent years, showed significantly less growth or even shrank in size.

“By contrast, we were able to grow significantly in established markets, such as parts of Northern and Central Europe.”

Karcher also established new branches in Panama and the Philippines in 2014. The cleaning equipment manufacturer now has 11,138 employees in 60 countries.

‘Once again, innovation was one of the most important factors for success,’ observed the company. Some 90 percent of Karcher products sold are less than five years old.

‘In the previous year alone, the company applied for 58 new patents – more than ever before – and brought 120 new products to market. The countless nominations for design and product awards are testament to the company’s innovative strength.

‘The company invested more than Euro 100 million in buildings and systems around the world in 2014, including a new head office with an administration complex and production site, which was commissioned in Vinhedo, Brazil. At the corporate headquarters in Winnenden, an office building with 700 workstations and an auditorium were opened.’

Karcher also contributed its technology and expertise to the preservation of precious monuments. A team of cleaning experts cleaned harmful dirt from the Indonesian National Monument ‘MONAS’ in Jakarta and from the world’s first artificial ice rink at the Königssee in Germany. The company also received the German CSR Award in 2014 for cleaning the Kaiser Wilhelm Memorial Church.

‘Karcher expanded its social commitment throughout 2014 and, amongst other things, constructed two green filter systems in Susa and Cuítiva, Columbia in association with the Global Nature Fund. Finally, the company showed its commitment to SOS Children’s Villages by donating machines in countless countries around the world,’ noted the company’s report.