Advertisement
Three out of four surveyed workers are being paid under the minimum rate for casuals. 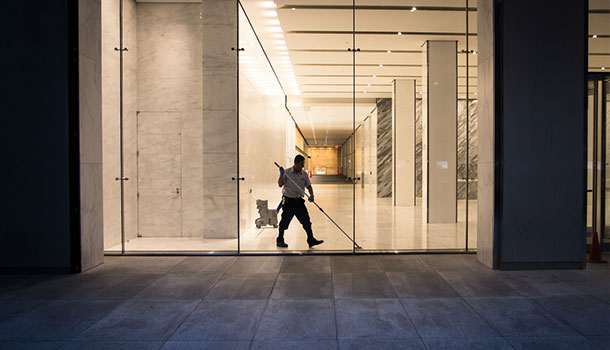 The Victorian government’s inquiry into the on-demand workforce has received almost 100 submissions from workers, unions, businesses and academics, with the exploitation of staff and unfair business advantage being major themes.

The inquiry, chaired by former Fair Work Ombudsman Natalie James, is investigating the extent of the on-demand sector and the status of people working with or for online companies or platforms in Victoria.

The inquiry received submissions (including one supplementary submission) from workers, unions, businesses and academics.

It marks the next step forward for the inquiry, which was launched in December 2018 to address concerns within the fast-growing gig economy, which covers businesses such as on-demand ride-sharing and food-delivery services.

One of the main themes emerging from the submissions is that, without access to minimum employment standards or collective bargaining, workers in the gig economy could be vulnerable to exploitation.

One assessment is that three out of four surveyed workers are being paid under the minimum rate for casuals.

On the flip side, more traditional businesses also explained that their on-demand competitors are not required to comply with the same employment and other workplace laws and so have lower costs, which creates an uneven playing field.

Several submissions, including from gig economy businesses, highlighted the benefits of the on-demand economy to offer opportunities to grow markets, improve services and create jobs. They acknowledge that there can be significant benefits when traditional businesses partner with on-demand platforms.

Minister for Industrial Relations Tim Pallas thanked submitters for sharing their experiences, with the submissions being made public on Tuesday, 7 May.

“We’re all benefitting from the gig economy – there’s probably very few Victorians who haven’t used their services – but we can’t allow convenience to get in the way of a fair go for workers and businesses.”

On-demand workforce chair and former Fair Work Ombudsman Natalie James said a strong theme running through the submissions is the lack of transparency about how those brokering work determine prices, allocate jobs or terminate a worker’s access to the platforms – the inquiry will be giving this close consideration.

“The submissions emphasise the strong demand for flexibility for workers and the value of convenience for consumers. But there are concerns that this flexibility comes at the cost of worker protections,” James said.

The establishment of the inquiry follows widespread concern about the wages and conditions being offered to workers in the on-demand and gig economy.

Last year the now defunct food delivery service Foodora was found by the ATO to have wrongly labelled its workers as independent contractors.

Domestic and commercial cleaning services such as office cleaning and end of lease cleaning, as well as maintenance services are offered by some on-demand platforms in Australia.

In February Victoria’s peak body for business the Victorian Chamber of Commerce urged the inquiry to avoid recommending regulatory changes that could damage opportunities for on-demand businesses and workers.

In its submission the Victorian Chamber of Commerce recommended any policy or regulatory response should only occur at the federal level and only target vulnerable workers, without impacting high-end on-demand work facilitated by platforms.

The business group argued the inquiry should not impair innovation or competition or impede the broader use of independent contracting by businesses and consumers, adding there is scope for governments to help on-demand workers clarify their employment status and ensure online platforms are not misrepresenting employment relationships.

The inquiry is still in the information-gathering stage and has not yet made any conclusions. Further consultation with workers, businesses and related parties will now occur, with a final report due in late 2019.

The submissions can be viewed at engage.vic.gov.au/inquiry-on-demand-workforce.