Advertisement
Andrew Thackrach provides an update on the pilot of the three-star standard. 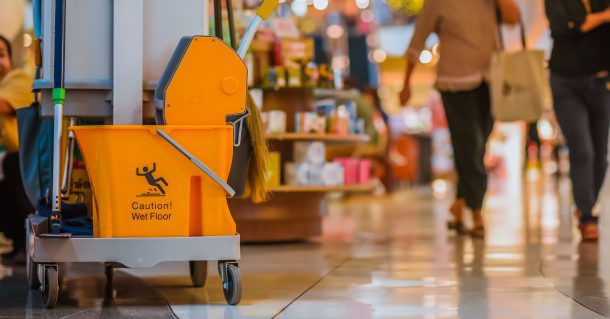 Andrew Thackrah executive officer of the Cleaning Accountability Framework (CAF), an independent, multi-stakeholder association that works to improve labour and cleaning standards in Australia, provides an update on the pilot and plans for the year ahead.

The Cleaning Accountability Framework (CAF) is currently concluding a pilot of its three-star standard. CAF’s three-standard standard independently verifies that cleaners are receiving their legal entitlements in selected buildings.

The standard clearly sets out the obligations of cleaning contractors, but also the responsibilities of owners and their facility managers in procuring and monitoring cleaning arrangements.

CAF’s pilot of the three-star standard has involved ten buildings, including retail and commercial office sites in Melbourne, Sydney, Brisbane, the Gold Coast and Canberra. In the lead up to the pilot, CAF ran a formal Expression of Interest process to identify an appropriate auditor. Global audit and risk advisory firm BDO was successful in this process and has led on producing audit reports for CAF.

These audit reports have contained recommendations for those involved in the pilot as to how they can strengthen their existing practices. For example, a number of pilot participants have now adopted a checklist developed by CAF for facility managers to ensure that they are monitoring compliance with CAF standards in their buildings.

As part of the pilot, CAF also tested the holding of workplace meetings. These meetings were held in paid time with cleaners on pilot sites and were jointly convened by the building owner, facility manager, cleaning contractor and United Voice. Cleaners were provided with a CAF workplace survey to complete, a CAF worker diary, and asked to nominate a workplace leader as an ongoing contact point for CAF.

As a result of the pilot process, CAF has now certified its first three buildings as compliant with the three-star standard:

We are working on finalising the certification of other pilot sites. One of the key lessons from our pilot was the need for CAF to provide clearer guidance to enable parties to self-assess against the three-star standard in advance of undertaking an audit. CAF has now developed a self-assessment checklist to assist with this process.

We also recommend that owners and facility managers include details on CAF’s three-star standard (and make use of CAF’s pricing schedule) in their scope documents. Suggested wording to include in cleaning scope documentation is freely available on our website.

A further lesson from our pilot process was the need to streamline the audit process for contractors. CAF is now working with our auditors and other stakeholders to develop a pre-qualification system for cleaning contractors.

This system will enable providers to submit information relevant to different elements of the CAF standard on an annual basis. It is envisaged that such a system will speed up the process of auditing individual sites and also provide an avenue for contractors who are interested in gaining a reputation as ‘CAF compliant’.

So what will 2018 hold for CAF? We will move out of a pilot phase and look to a wider market launch of the three-star standard in the first quarter of the year. This step will involve publishing an over-arching certification guide, introducing a clear cost framework, and expanding our pool of accredited auditors. We will also look to test our 4 and 5 star standard with existing stakeholders.

Another priority for us will be coming to grips with the diversity of the cleaning industry. While the focus of our pilot has been on commercial (office) and retail centres, we are interested, in particular, in developing a system for certifying schools, supermarkets, and scaling up across diverse portfolios of buildings.

CAF is conscious that its work is taking place against a backdrop of increased government and media attention on the issue of wage theft throughout a number of sectors of the economy.

Further, in August, the Federal Government announced it would introduce legislation that will require large businesses to report annually on the actions they take to address modern slavery. Such developments will have an impact on a wide range of industries and serve as a reminder of the value of organisations that seek to work with and protect the entitlements of vulnerable workers. We believe CAF’s mission has never more relevant and necessary.