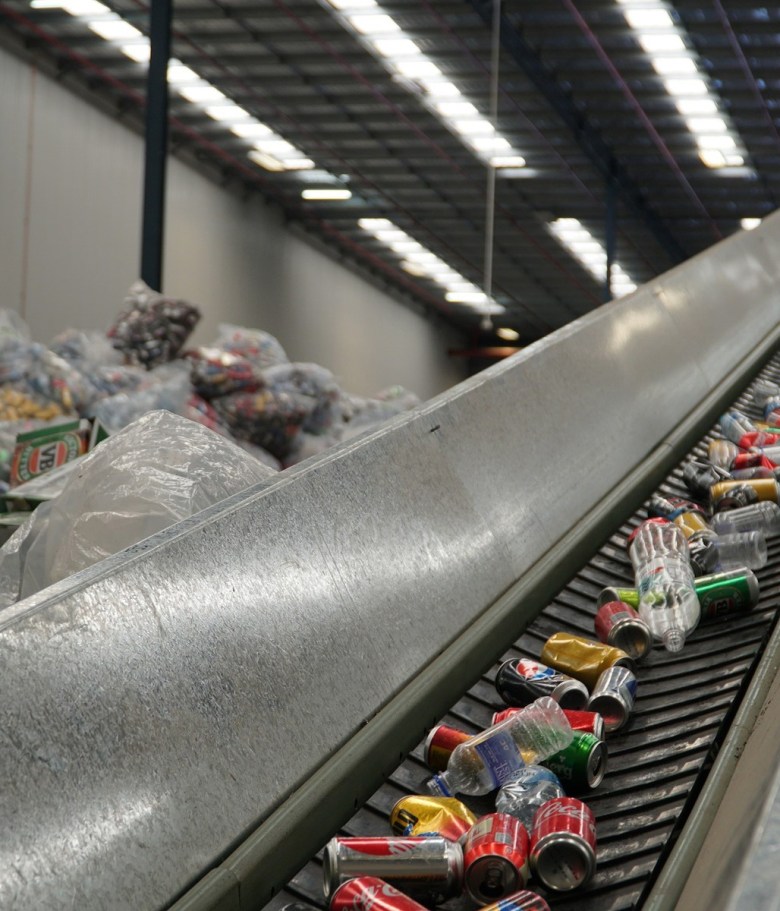 While the sorting facility was officially opened on Monday 12 November by the Minister for the Environment, Gabrielle Upton and Cleanaway CEO and managing director, Vik Bansal, the plant opened its doors in December 2017 on the first day of the NSW Government’s Container Deposit Scheme, ‘Return and Earn’.

Since commencing operations nearly one year ago, the facility has processed most of the 900 million containers collected.

Today, the facility is home to a sophisticated and highly automated optical sorting line, capable of sorting, baling and distributing up to eight tonnes an hour of extremely high-quality recyclable commodity streams including aluminium, steel, PET, HDPE and liquid paper board.

“We’re committed to putting the infrastructure and facilities in place to deal sustainably with Australia’s waste, well into the future,” said Bansal.

“The challenges our industry has faced over the past 12 months have changed the way Australians view ‘waste’. It is more important than ever before that we work together to address these challenges.

“Return and Earn is a great example of that. It has been encouraging to see so many people getting involved and increasing the amount of recyclables being sorted at the source. Coupled with a better network of facilities to sort the containers collected, we can produce commodity streams which are in demand, meaning more items are being recycled into new products.”

The NSW Government’s Return and Earn Scheme was launched with the aim of reducing the volume of litter across NSW, but an additional benefit of the scheme is the quality of commodities now being delivered to local and global markets for recycling and reuse.

NSW Environment Minister Gabrielle Upton said that Return and Earn has been a great success with more than 900 million containers collected across NSW return points and Return and Earn litter volume already reduced by a third.

“The work being done here at the Cleanaway sorting centre is testament to the NSW Government’s promise to deliver the largest ever litter reduction initiative for NSW – a 10 cent container deposit scheme – which we have done and which the people of NSW have embraced,” said Upton.

“I commend the people of NSW and congratulate Cleanaway on their state of the art facility that supports Return and Earn to provide a smart solution to reduce litter in NSW and contribute to a more sustainable future.”

Moving into the busiest period of the year, it’s expected that peak collections over December 2018 will exceed five million containers per day.