Advertisement
The ACCC has taken court action against Kimberly-Clark Australia and Pental alleging that they each made misleading representations in relation to ‘flushable’ wipes they supplied in Australia. 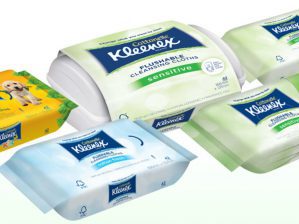 The Australian Competition and Consumer Commission (ACCC) has instituted proceedings in the Federal Court against Kimberly-Clark Australia and separately against Pental Limited and Pental Products alleging that they each made false or misleading representations in relation to ‘flushable’ wipes they marketed and supplied in Australia.

The ACCC alleges that, by labelling these products as ‘flushable’, consumers were led to believe that the products had similar characteristics to toilet paper, would break up or disintegrate in a timeframe and manner similar to toilet paper, and were suitable to be flushed down the toilet, when this was not the case.

[quote]“The ACCC alleges that the impression given by the representations which Kimberly-Clark and Pental each made about these products was that they were suitable to be flushed down household toilets in Australia, when this was not the case,” said ACCC chairman, Rod Sims.[/quote]

[quote]“These products did not, for example, disintegrate like toilet paper when flushed. Australian water authorities face significant problems when non-suitable products are flushed down the toilet as they contribute to blockages in household and municipal sewerage systems.”[/quote]

The ACCC alleges that, between May 2013 and May 2016, Kimberly-Clark variously advertised its personal hygiene wipes, Kleenex Cottonelle Flushable Cleansing Cloths, as ‘flushable’, ‘completely flushable’, ‘able to be flushed in the toilet’ and able to ‘break down in sewerage system or septic tank’.

The ACCC also alleged that Kimberly-Clark advertised that these products were made in Australia when it says this that was not the case.

A spokesperson from Kimberly-Clark told INCLEAN in a statement that the company “stands by the claims made about the flushability of the Kleenex Cottonelle Flushable Cleansing Cloths, which were supplied up until May 2016”.

[quote]“Our claims that these products are flushable are accurate and the proceedings will be defended on that basis,” said the spokesperson.

“These products and the current Kleenex Cottonelle Flushable Wipes meet or exceed the requirements set out in the INDA/EDANA Flushability guidelines, which are the only widely accepted guidelines for assessing flushability.”[/quote]

Pental’s packaging and promotional materials included statements such as ‘Simply wipe over the hard surface of the toilet…and just flush away’, and that its flushable wipes ‘are made from a specially designed material, which will disintegrate in the sewage system when flushed, just like toilet paper’.

Pental has claimed that its product packaging was inherited from a major international company with a long history of selling consumer products.

Accordingly, Pental held the belief that the labelling and packaging of the White King Bathroom Wipes were in conformity with all relevant legal requirements.

In September 2014, Pental undertook its own review of the White King Bathroom Wipes packaging and removed the claims relating to disintegration like toilet paper; prior to any ACCC investigation or any controversy about ‘flushability’ claims.

Pental continued to sell the White King Bathroom Wipes as ‘flushable’ products as it believed that flushing down the toilet was a suitable means of disposal for the product. The company said there is no legal standard for flushability and therefore there is an inherent degree of ambiguity about the meaning of that term.

Nevertheless, in response to the ACCC’s concerns, Pental took action to remove the word ‘flushable’ from the White King Bathroom Wipes packaging and its websites in or around July 2016.

Pental has said that it takes its obligations under the Competition and Consumer Act 2010 (Cth) seriously and has fully co-operated with the ACCC since it commenced an investigation in February 2016.

The company has also said that it is disappointed that the ACCC has decided to issue proceedings despite Pental’s proactive approach in removing the claims of concern to the ACCC and the fact that other larger multinational companies continue to sell similar products labelled as ‘flushable’.