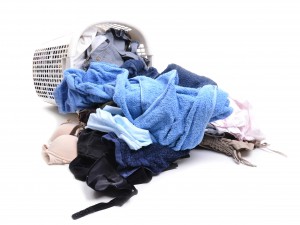 Image courtesy of anankkml on freedigitalphotos.net

A group of Melbourne laundry workers is accusing its employer, Spotless Group, of unhygienic practices and poor workplace conditions – strong allegations that the company is “fully” investigating, reported Marika Dobbin in the Sydney Morning Herald (SMH) on 20 January.

‘A group of employees have provided photographs to show unhygienic practices at the company’s Abbotsford laundry, which employs 280 people and services major Melbourne hospitals, councils, hotels and businesses,’ wrote Dobbin.

‘Some of the photos show a party with food apparently being held in the surgical linen folding room, where clean hospital linen is supposed to be kept in sterile condition to be returned to operating theatres. Other photos show hospital linen bound for Western and Eastern Health in the dispatch area exposed to fluff and dust.’

Former worker, Arvin Babajee also claimed that dirty linen from hospitals, nappy wash services and hotel rooms is often kept for over a week, putting workers at risk of illness.

A Spotless spokesperson said ‘the Abbotsford laundry was clean and “completely sanitised before the start of each shift, every day” and was independently audited and inspected twice a year.’

“Linen sorting, processes and hygiene are of the highest standards as you would expect, and are closely supervised, reviewed regularly and audited independently,” she explained.

“The commercial laundering of blankets, towels and sheets does create a lot of fluff and dust as you would expect – but there is a strict process in place to ensure each workspace is thoroughly clean before the start of each day.”

The spokesperson also ‘said the claims of dirty linen lingering at the site were “simply untrue”, and the longest turnaround it experienced are over weekend periods.’  She did, however, confirm that a party was held at the laundry.

“A staff member brought in some things to celebrate a colleague’s birthday before the commencement of their shift. Management addressed the issue after being informed,” she said, adding that “there has been no parties or events planned by the business or the management inside this facility.”

As mentioned about, Spotless workers are also airing out some figurative dirty laundry. Babajee has lodged a claim with Fair Work Australia ‘alleging his hours were unfairly cut by half after he complained about not having breaks,’ reported the SMH.

‘Another employee, who declined to be named, also has a pending Fair Work claim. He alleged his hours were unfairly cut after he asked for lighter duties because of a minor back injury. He has since been reinstated.’

“Their weapon is to drop hours and also use humiliation. The managers are very hard to approach because everyone is scared of getting bullied. They have no respect for anyone and people are suffering,” said Babajee.

Other workers claimed they are ‘screamed at, bullied, go without breaks, work unpaid overtime and are short-changed on their pay.

‘Former worker, Korlu Zarwue, who is originally from Liberia, said she suffered racist abuse from managers who talked about “dark babies in Africa” and “her sort of people”.’

“I went home and cried about it,” she said of one such incident. “Those managers are very racist.”

Other anonymous workers claimed several peers ‘fainted in the poorly ventilated and un-air-conditioned factory during recent heat and another suffered a nose bleed.’

“Not for a second would this management team countenance any form of behaviour that disrespects any colleague on any basis,” countered Spotless’ chief executive Martin Sheppard, who said the company was a “very proud employer of people from many different cultural and ethnic backgrounds”.

“We take our responsibility to provide a safe and happy work environment very seriously,” he said.

“We have in place comprehensive staff training courses, including training on professional behaviour, teamwork and anti-discrimination. We have a process for managing injury and risk which requires workers to rotate tasks regularly to avoid repetitive strain and injury.”