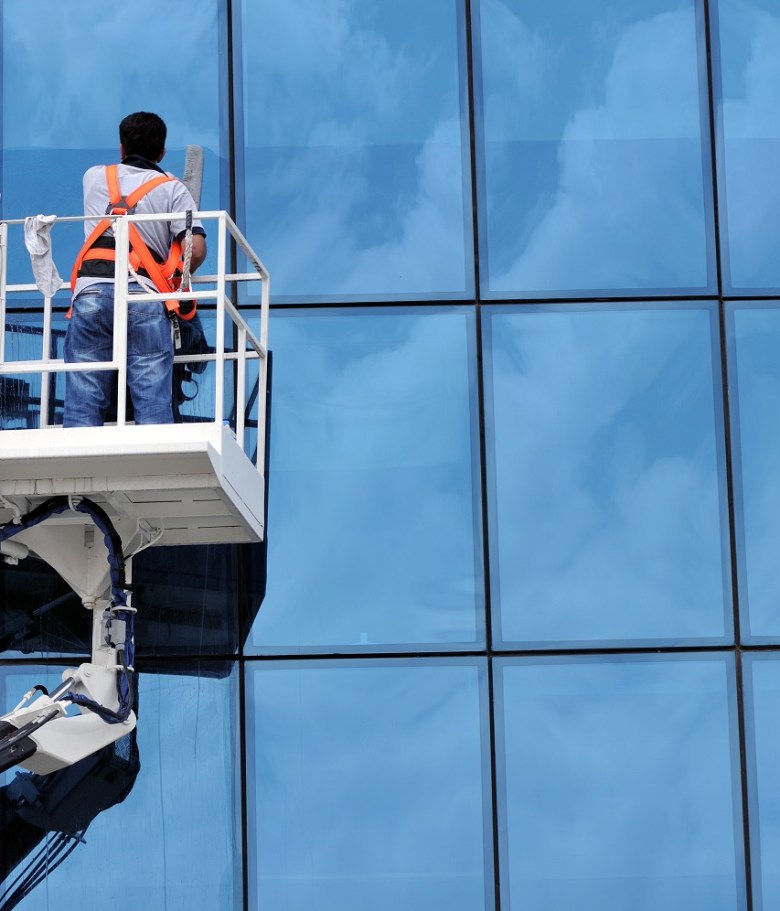 Window cleaners working at height may become exposed to radiofrequency radiation emitted from antennas mounted off the side of buildings and installed on rooftops.

After more than a decade of working in property services and working with window cleaning contractors I decided to gain some high-risk construction experience with a telecommunications contractor.

One day, I was observing a panel antenna situated high up off the side of a large city building. This panel antenna was transmitting radiofrequency radiation (RF) which is hazardous, silent, and invisible. I was shocked to see window cleaners edging their way up the building and toward the emitting panel antenna.

I signalled to the window cleaners to stop their ascent and on explaining my reasoning it was as though they had no idea of the hazard they were about to encounter.

It was then that it occurred to me that this risk may be a common occurrence in the high access window cleaning industry.

The body comprises of 60-75 per cent water and the water content of the brain is as high as 80 per cent.

Radiofrequency radiation (RF) energy has a heating effect upon the body by causing water molecules to vibrate at a rate determined by the RF frequency.

When exposed to frequencies above 100 kHz the body can absorb significant levels of RF energy which can lead to absorption and thermal injury.

Radiofrequency energy may have a number of adverse health effects on the body such as cataracts, burns, headache, fertility issues and possible adverse effects on any bodily implants.

A group of three men were servicing an array of television antennas. They were working near a live antenna.

There was a winching incident that took the men into the near field area of the antenna. All three men felt an immediate sensation of heating and headache.

In another case, a 31-year-old rigger claimed an overexposure from a low power panel antenna he worked on in an area where the power was not isolated. He described a sharp headache.

In a further case, a 39-year-old male engineer was exposed to microwave energy from an antenna which was switched on whilst he was performing maintenance. He quickly developed a bilateral cataract as a result of head exposure.

Clearly RF energy can heat the body and result in thermal injury.

Whilst it is recommended that window cleaning companies always seek independent specialist safety advice, the following suggested control measures may assist in the development of risk assessments and safe work method statements (SWMS).

Within the high access window cleaning industry, buildings with radiofrequency installations are not likely to be an everyday occurrence as not all buildings are located in favourable locations for telecommunications reception.

This in itself may present a risk where workers need to remain aware of the risk and its control measures and act accordingly when the hazard does present itself.