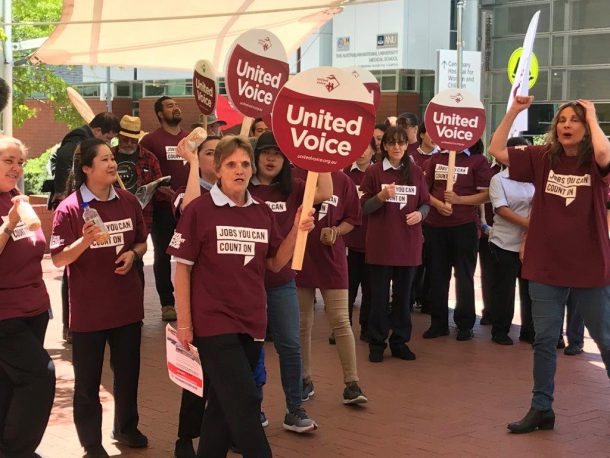 Cleaners at Canberra Hospital have seen their pay increase from $21.83 an hour to $22.50 following a six-year battle for a wage increase.

The specialist cleaners, whose responsibilities include cleaning operating theatres and completing infection cleans, received the wage increase “at the eleventh hour” when they were preparing to strike – the right of which they won earlier this year.

“These cleaners were just getting poorer and poorer, they’re the true working poor of Canberra Hospital,” she said.

Last year, the hospital cleaners vowed to keep fighting for a wage increase after being offered 64 cents more per hour on a pay rate that hadn’t increased since 2012, by their employer, facility services provider ISS.

According to a Fairfax report, the new deal falls short of cleaner pay rates in the public service, which begin at $24, but it is the first time hospital cleaners have had an enterprise bargaining agreement.