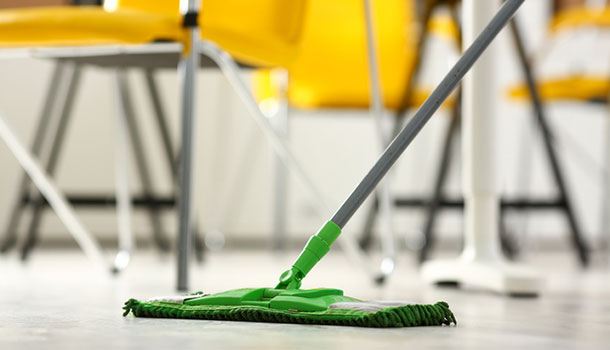 By Frances Flanagan, researcher, Discipline of Work and Organisational Studies, University of Sydney

This is an edited extract from The New Disruptors, the 64th edition of Griffith Review. It is a little longer than most published on The Conversation.

It is supposed to be a test of character. An A+ student sits down to the final exam of his degree and is surprised to be presented with a piece of paper with a single question: what is the name of the person who cleans this building?

Walter W. Bettinger II, CEO of a finance giant, the Charles Schwab Corporation, told a version of this story  to The New York Times last year, describing the test as “the only one I ever failed” and “a great reminder of what really matters in life”.

I recently tried it out on my eight-year-old, a New South Wales public school student, and she flunked too. This result, though, is less to do with her moral qualities, I suspect, than her state of residence. For NSW, it turns out, is one of the harder states for a kid to pass the “what’s the cleaner’s name?” test.

Kath Haddon, a school cleaner in NSW since 1981, remembers when cleaners’ names started to drop from use in her workplace. It was in early 1994, following the Greiner Coalition government’s decision to dissolvethe Government Cleaning Service and tender the work to private companies.

She stopped being invited to meetings about school health and safety – that was now the contractors’ job – and face-to-face conversations with the school principal ceased. Instructions were now delivered via a bureaucratic maze of faxes, phone calls, logbook entries and area manager site visits.

Passing the “name the cleaner” test is far easier for kids in Tasmania, where cleaners have remained direct employees of the school. In fact, when I spoke to Tasmanian school cleaner Robert Terry about what his job was like, the theme of name-remembering was one of the first subjects to come up.

“I can barely step onto school grounds without hearing ‘Robbo this, Robbo that!’,” he laughs. He has been cleaning primary schools since the 1970s and sees remembering names as a crucial dimension to his work.

“At the start of the year I look at the whole group and pick out the really shy ones, the ones looking like they are left out or the ones who are in trouble,” he twinkles.

“I stand at the front and tell them, ‘I’m Robbo, I’m the cleaner here, don’t worry about what the teacher says, do what I say!’ ”

One kindergarten boy, Julian (not his real name), spent much of first term hiding under his desk, refusing to speak. Robert made great play of walking past him with his drill, an object of fascination to the boy.

He would carry the drill into Julian’s classroom, across his line of sight as he crouched beneath the desk and put a screw in the wall. The next day he did the same, taking the same screw out of the wall.

He repeated the pattern every day until the boy eventually came out from under the desk and allowed him to roll a ball up and down the corridor with him.

A week later, the teacher later got in touch to say that the boy had at last spoken. His first word? Robbo.

How did we get to be a nation where cleaners’ names ring out across a playground in some states and not others? This peculiar phenomenon is the outcome of an experiment in neoliberal design that was never planned: the privatisation of school cleaning in some states and territories (NSW, Victoria, Australian Capital Territory, Northern Territory, Western Australia and South Australia) and not in others (Tasmania and Queensland) in the 1990s.

Some states have since reversed, wholly or partially, the system (WA, ACT and Victoria), but at 20 years’ distance the story of Australia’s patchwork system of public and privately contracted school cleaning can tell us much about what happens in the long run when the maintenance of school space is transformed from a public service to a private for-profit affair.

The Victorian case was the first and most dramatic. In 1992, the Kennett government, acting on the professed urge to liberate Victorians from “sterile bureaucracy”, terminated every government-employed school cleaner overnight.

Every school principal was now expected to act like the director of a standalone business. At the same time, the total school cleaning budget was slashed to less than half. Leaflets about “how to get an ABN” were thrust into cleaners’ hands, from which they learnt that, as contractors, their minimum pay (then around A$9 an hour) would fall to precisely zero.

Paperwork proliferated as more than 700 new cleaning companies were established, each one required to bid for individual contracts with 1,750 schools.

School principals, most of whom had little business experience, became overwhelmed with a new set of obligations and tended to choose the cheapest tender for each contract. A system that entrenched the cutting of corners, underquoting, exploitation and spooling bureaucracy was born.

Schools that once had seven cleaners were suddenly cleaned by two. Principals unblocked toilets during the day while teachers cleaned schoolyards. Parents organised working bees to clean pavements and water troughs, which had been excised from the cleaning contracts.

Cleaners bought supplies with their own money, snipped sponges in half to make them go further and took dirty mops home to clean on their own time.

In 2017, the workers’ union United Voice found one cleaner working in a Victorian public school for just A$2.70 an hour.

In NSW, change was slower, with contracts created for just three large cleaning companies, rather than hundreds of small owner-operators, and cleaner numbers falling through attrition, rather than slashed budgets.

Who are the winners?

They are the children, who miss out on the chance to confide in a trusted adult outside the disciplinary teaching hierarchy, someone who is looking out for them when things get difficult, whether that is in school or after hours.

These children do not get the chance to put a name and a face to the person who cleans up their mess, and so to think more carefully about the consequences of their actions.

They are the teachers, who have one less resource to draw upon to de-escalate conflict in the classroom. Who do not have the option of sending a potentially disruptive student out to help the cleaner run errands, or to a groundsperson to do some planting, rather than straight to the principal’s office.

They are also the cleaners themselves, most of whom are forced to work in conditions that do not allow them the time and opportunity to do their jobs as well as they would wish to do them, or to know the students they serve.

Who receive wages that give them no possibility of living in, or even remotely close to, the communities they clean. Who must drive for two or more hours in the dark to get to work in the morning, and then sleep in the car between shifts. Who may miss out on the chance to buy a house or have a family of their own.

The winners from the system aren’t easy to spot either. They are the bureaucrats with careers staked to the implementation of a “hollowed out” vision of government. They are the fund managers and shareholders who benefit from adjustments to the balance sheets of multinationals.

They are the executives of the multinationals themselves, such as Rafael del Pino y Calvo Sotelo – executive director of the Spanish multinational Ferrovial, which holds the cleaning contract for a portion of NSW schools – whose annual remuneration in 2017 was more than A$8 million.

The question of how to employ school cleaners is fundamentally not an economic one. It cannot be answered without addressing the more foundational question of what, in essence, a public school is for.

Is it a site for the inculcation of literacy and numeracy skills on the cheapest possible basis? If so, why should marketisation stop with the cleaning staff? Why not tender out the services of teacher aides, administrative staff, teachers themselves?

Further cost savings could be made by incentivising students to stay home and teach themselves using Wikipedia, Siri and a handful of apps. Such “innovation” would surely generate enormous “savings” for the public purse.

We wince at such suggestions because at primary school we want our kids to learn more than reading and writing.

But when my daughter makes a mess at school and it is left to be cleaned up by a person in the early hours of the next morning, whose name she does not know, who are we letting down?

This was first published on The Conversation. Read the original article here.