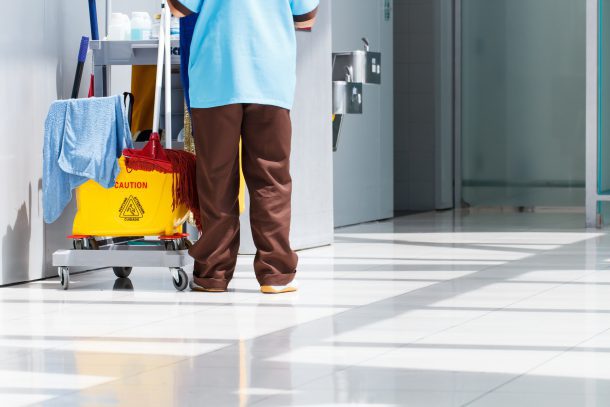 The Fair Work Ombudsman (FWO) has recovered $25,292 in unpaid wages for 270 employees after investigating companies contracted to clean some of the nation’s leading stadiums.

This was in response to general intelligence that cleaning companies in the stadiums sector may not have been compliant with workplace laws, including concerns about possible sham contracting.

Inspectors interviewed cleaners and supervisors about the work that cleaners were required to do, photographed venues to better understand the employment conditions, and inspected records.

The FWO found that seven of the nine cleaning companies (78 per cent) were non-compliant with workplace laws. Seven companies were found to have underpaid their employees and three had breached pay slip obligations.

While the stadium operators were not found to be involved in contraventions of workplace laws, inspectors found layers of sub-contracting operating without appropriate checks and balances to ensure workplace relations compliance.

Inspectors also found poor record-keeping practices at the bottom of sub-contracting supply chains. No sham contracting or misclassification of employment was found.

“The FWO’s investigations identified opportunities for stadium operators, as heads of supply chains, to increase their level of involvement in how cleaning contractors operated,” Parker said.

“We expect all cleaning employers to comply with workplace laws. The heads of all supply chains should be aware that they can be held responsible if they are found to be involved in any breaches by their contractors. Any workers with concerns about their pay should contact us,” Parker said.

There was also $114 recovered for two cleaners from one business at GIO Stadium. Records reviewed showed no breaches at AAMI Park.

In 2018, the FWO secured penalties of $168,070 against cleaning businesses following MCG audits.