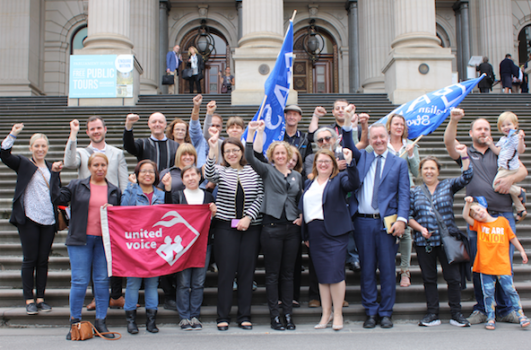 According to United Voice, the scheme will “end a long-standing injustice” with the union reporting that 74 per cent of security guards and 61 per cent of cleaners have been denied the entitlement of long service leave because of contract changes in their industries.

United Voice Victoria secretary Jess Walsh said: “Right now guards and cleaners are treated like second class citizens and miss out on many of the basic entitlements we take for granted.

“Our members have fought hard to fix this injustice and win jobs they can count on.”

Under the new laws, the workers will be entitled to long service leave after working for seven years in their industry, irrespective of the number of employers they work for over that time.

It is estimated that 10,000 security guards and 20,000 cleaners will be eligible under the scheme.

The scheme will be managed by a statutory authority, and employers will pay a levy to finance the payment of entitlements.

“These new laws will make sure some of our hardest working Victorians who look after our most vulnerable aren’t short changed if they leave their job in the community sector for another one,” said Minister for Families and Children Jenny Mikakos.

NSW, Queensland, and the ACT already have portability schemes in place for workers in selected industries.