Advertisement
The government overhaul of school cleaning contract procurement could spell the end for some small cleaning businesses. 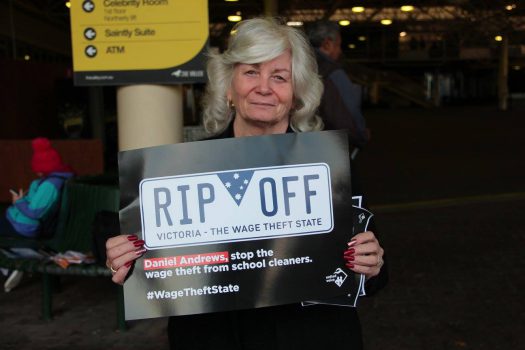 Small cleaning businesses in Victoria fear they will be forced to close following the Victorian government’s overhaul of school cleaning contract procurement.

In 2018 the government will introduce a new system where eight zones will be created across metropolitan Melbourne and a single cleaning contract will be awarded for all schools in each zone.

The overhaul comes after multiple investigations within the past 12 months that found vulnerable staff were being underpaid and mistreated.

In May, a report released by United Voice uncovered 81 per cent of school cleaners in Victoria were being paid below award wages.

At the time of the report’s release Jess Walsh, Victorian secretary of United Voice, described the findings as a “7-Eleven-style wage theft scandal”.

“Hundreds of fly-by-night contractors have free rein to steal wages from some of Victoria’s lowest paid workers, and use fear and intimidation to silence them,” Walsh said.

“This is industrial-scale wage theft. And it’s happening because the Department is utterly incapable of effectively monitoring these fly-by-night operators.”

It is understood the Victorian department was monitoring more than 700 contractors operating 1750 contracts, with schools required to appoint cleaning contractors approved by the Department’s centralised School Cleaning Panel.

The Victorian Chamber of Commerce and Industry (VCCI) has expressed its concerns over the impact new school cleaning contracts will have on small cleaning businesses in Victoria.

VCCI CEO Mark Stone said the policy change had been issued with little notice for small businesses currently holding school cleaning contracts and failed to consider the full impact on their businesses.

“We have already had some small businesses call us saying that this change removes 100 per cent of their business and they are now likely to close,” he said.

“This new system has been sprung on business, giving them no opportunity to restructure or adapt to manage the changes.

Stone said all cleaning staff in Victorian schools should receive their legal wages and entitlements but the new policy was not the answer.

“The Victorian Chamber is calling for better enforcement of existing workplace rules, not a knee-jerk response that puts people out of businesses,” he said. “This appears to be contradictory to Government procurement principals that allow small and medium business to compete in a competitive space with ‘big business’.

“Moreover, it goes against the Government’s own Local Jobs First procurement policy which that aims to ensure that ‘small and medium size enterprises (SMEs) are given a full and fair opportunity to compete for government contracts’.”

The Victorian Government has indicated regional Victoria would also move to a zoned model following the roll-out in Melbourne.

The Department of Education and Training has said it will work with existing cleaning contractors to ensure a smooth transition to the new arrangements, with support available for small businesses.
“Cleaning staff are valued members of our school communities, and this new model will strengthen their working conditions and make sure they get a fair deal,” Minister for Education, James Merlino said.

“This new model will ensure schools get high quality cleaning services, principals are better supported to look after their schools and cleaners are treated fairly.”

But the Victorian Chamber is calling for better enforcement of workplace rules before implementing a system that will put some Victorian small businesses, and particularly regional businesses, at a disadvantage.

Businesses must submit expressions of interest by this Friday 8 September 2017.