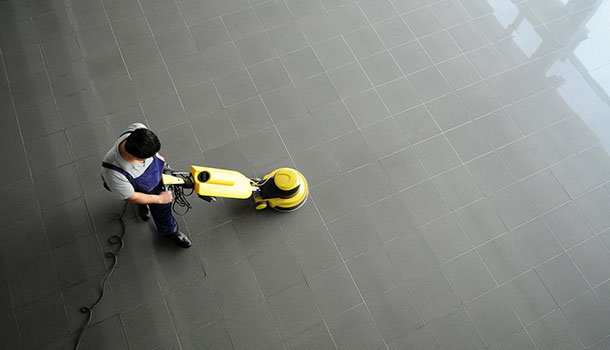 GJK Facility Services (GJK) has settled its dispute over the rostering of annual leave for its cleaning staff at University of Tasmania (UTAS) sites over the Christmas period.

United Workers Union, formerly United Voice, launched proceedings with the Fair Work Commission last month following claims cleaners at University of Tasmania campuses in Hobart and Launceston would be forced to take leave ahead of Christmas.

In a statement issued to Inclean, GJK said it consulted with United Workers Union and its employees on options for flexible rostering of annual leave, and that direct negotiation was the key to it amicably developing a solution.

In October and earlier this month it then held discussions with the United Workers Union, facilitated by the Fair Work Commission in Tasmania.

Following these discussions, GJK and the United Workers Union reached an agreement and Fair Work Commission proceedings were terminated by the union.

Under the agreement GJK will pay conditions in the National Employment Standards and the Cleaning Services Award, whereby paid annual leave may be taken for a period agreed between the relevant employee and GJK.

GJK Facility Services managing director George Stamas, said he was pleased the issue had been resolved to the satisfaction of all parties.

“What we have managed to do at UTAS is look at rostering issues and come up with a solution that everyone, especially our cleaners, can work with going forward.

“We are happy with the outcome. It just shows what can be achieved with direct negotiation rather than relying on formal discussions and hearings,” Stamas said.

“United Workers Union fought GJK all the way on this one. We could not let our hard-working members who rely on their regular pay packet to go without money over Christmas. It was a totally outrageous attack by GJK on the pay and normal annual leave provisions Australian workers are entitled to.

“We remain disappointed that UTAS Vice-Chancellor Rufus Black and UTAS management would not step in, forcing the union to lodge a complaint with the Fair Work Commission.

“We remain concerned about the ethics of campus management – especially as this was not the first attack on cleaners at UTAS in 2019.

“We congratulate the members for their courage and solidarity in fighting this intolerable situation, and for their win.”

In March at the time of the contract change United Voice petitioned the contract had resulted in more than nine cleaners losing their jobs under GJK Facility Services.