Advertisement
Instead of offering its staff minimum wage, Managed by Q pays its employees ‘a solid living wage’ and gives them ‘good benefits’ in order to motivate them to help the company turn a healthy profit. 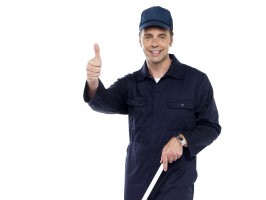 Managed by Q, a contract cleaning and maintenance company in the US, is putting a new business model to the test. Instead of offering its staff minimum wage like most of the competition, Q (as it is commonly called) pays employees ‘a solid living wage’ that is  ‘considerably more than prevailing market rates,’ and gives them ‘good benefits,’ wrote Andrew Davidson in a 25 Feb New York Times article.

‘The chief executive of Managed by Q, Dan Teran, wants to be clear: His company is not a charity. Its plan is to become enormous and highly profitable.’ Good payment is simply ‘crucial to his business model.’

While developing Q’s business model, Teran read ‘‘The Good Jobs Strategy’’ by MIT’s Zeynep Ton. ‘The book offers a careful study of a handful of large companies that have been able to pay their workers well above prevailing wages while also keeping overall costs down and earning a healthy profit. Typically, companies see workers entirely as a cost, something that reduces profit; as a result, many try to minimise the number of workers and the amount they are paid. But as Ton points out, when a company deploys its workers in smart ways, those workers can become a source of profit instead of just a cost. Q is a perfect example: Teran doesn’t see his cleaners as simply cleaners. Instead, they are the essential link between Q and its clients.’

Q’s employees ‘effectively become a sales rep, smuggled every day inside the office of the customer. The better the cleaner is — the better trained and motivated and paid — the more effective a representative she can be, and the more money she can generate.’

According to Teran’s thinking, this strategy will reduce client and staff turnover numbers. In turn, this will drastically reduce the amount of money spent on marketing, sales and human resources, which Q can then funnel into its expansion.

So, in theory, Teran said his competitors would do better financially in the first year of operation, but Q would win in the long run.

‘Teran believes that most American businesses, and especially fast-growing start-ups like Uber, have mistaken short-term gains for long-term value, undercutting the share of revenue that flows to workers in a way that will perversely hurt their bottom line,’ continued Davidson. Teran also believes that ‘decades of rising inequality and stagnant wages’ are the product of a ‘simple misunderstanding about how best to deploy workers and recognise the value they bring to a company.’

So far, Q’s business model has worked: Only around 10 percent of clients leave the company each year, and only 5 percent of employees leave. Also, at a little more than two years old, ‘the company now cleans more than 2.1 million square feet of office space in New York City. It has expanded its operations to San Francisco, Chicago and Los Angeles, with the eventual goal of conquering every major city in the United States and, eventually, the world.’