Advertisement
United Voice, the cleaners’ union, representing cleaners at Westfield malls, has shelved strike action in favour of a worldwide sweep through the global retail giant’s books, states Mike Seccombe in a 19 November article from The Global Mail. For two years the giant Westfield shopping-centre group has refused to countenance demands to back a modest […] 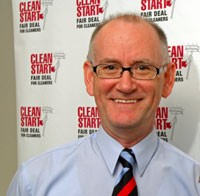 United Voice, the cleaners’ union, representing cleaners at Westfield malls, has shelved strike action in favour of a worldwide sweep through the global retail giant’s books, states Mike Seccombe in a 19 November article from The Global Mail.

For two years the giant Westfield shopping-centre group has refused to countenance demands to back a modest pay rise for some 1,700 people who clean its Australian shopping malls.

‘The traditional, stereotypical union response to such a deadlock might have been to pull the cleaners out,’ writes Seccombe. Instead, United Voice put more cleaners in.

‘They put the accounting cleaners through Westfield across three continents, focusing on the tax practices of the Australian-based multinational in the United States and the United Kingdom.’

‘However the tactic has not – at least not yet – seen the union’s members get their pay rise. But it sure has shone a light on dubious aspects of Westfield’s corporate behaviour. The union, and its associates and agents in the US, and the UK, have compiled evidence of tax dodging on an epic scale.’

“We need to stress here that tax avoidance is not illegal. But it is of immense concern to governments all over the world that a rising tide of corporate tax dodging is seeing literally trillions of dollars go substantially untaxed as companies shift profits to jurisdictions where rates are lowest, and shift costs to jurisdictions where they are highest,” states Seccombe.

‘The union’s more detailed analyses of the tax affairs of Westfield around the world found of 110 known Westfield subsidiaries in the United States, 84 are registered in the tax-haven state of Delaware, and the union and its allied civil-society groups are not done yet. A further, more detailed report on Westfield’s property-tax situation in the US is imminent.’

The cleaners’ dispute began in 2006 when United Voice began the Clean Start campaign.

“What we wanted,” says United Voice’s national president Michael Crosby, “was [an increase from] $17 – it’s probably closer to $18 now, with CPI increases – up to $21 an hour. That was the wages claim. There were other things, like job security, some contractor clauses to stop abuses of people – cash-in-hand payments, that sort of thing.”

The campaign had some early success. “We won a big agreement … going to the business owners of large CBD office buildings, [in] around 2007-08,” says Crosby. “We wanted that agreement to apply to retail shopping centres.”

‘Westfield, because it was the biggest operator in that sector, was the obvious first target, but the company wasn’t talking to the union. So the union went to talk to the company, in a forum in which it could not be avoided, in front of media at Westfield’s 2011 Annual General Meeting – the one at which its founder, Frank Lowy, formally stepped down from his executive role.’

The story goes; a cleaner congratulated Lowy on his career and his philanthropic work and went on to talk about her struggle to buy groceries on her cleaner’s wage, and finally asked Lowy if he would facilitate a meeting between union reps and Westfield management to put their case for more money.

‘Westfield produced its own numbers, says Crosby, purporting to show that cleaners in its stores, employed by subcontractors, already earned much more, around $28 an hour. With the company unprepared to negotiate, Crosby says, the union moved on to other ways of applying pressure.’

‘The union got the Australia Institute to work out what it would cost Westfield to meet the cleaners’ pay claim, says Crosby, and they determined the total would be less than the cost of depreciation on the group’s corporate jets.’

“We talked to everybody else in the sector. They all said, ‘We are not going to step out of line with the market leader. They set the standard for the whole sector. You are not going to get anyone to shift in this sector unless you get Westfield.’

“And they all said, no one can win against Westfield. They just will not negotiate.”

According to Seccombe, Crosby says United Voice only began in earnest to investigate Westfield’s broader business practices in about June 2013. They looked first at its operations in California, where Westfield is the largest retail landlord. They turned up a big discrepancy between the property tax values the company declared for tax purposes and what it declared to shareholders.

In August the union, in association with various US unions – representing teachers, service employees and activist groups – released a 19-page report entitled Malled by Westfield: The Consequences of Property Tax Avoidance.