Advertisement
The operator of a Cairns (Queensland) cleaning business who underpaid two overseas backpackers more than $16,000 told the Fair Work Ombudsman (FWO) he was unaware of Australia's minimum wage rates. 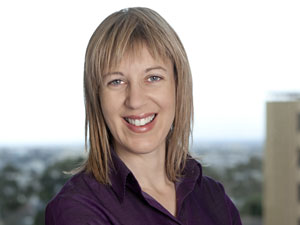 The operator of a Cairns (Queensland) cleaning business who underpaid two overseas backpackers more than $16,000 told the Fair Work Ombudsman (FWO) he was unaware of Australia’s minimum wage rates.

According to an FWO 2 December press release, the Korean backpackers, 23 and 26, worked for as little as $14 an hour at sites across Cairns, including a car dealership, hotel, club, fencing contractor and local school.

‘Under the Cleaning Services Award, they should have received at least $22.51 an hour for standard hours and up to $49.53 on public holidays,’ pointed out the FWO.

Apparently one cleaner was underpaid $12,114 between 17 August and 2 December last year and the other $4102 between 8 September and 15 November.

‘The two were short-changed their casual loadings, minimum hourly rates, shift loadings and allowances, as well as weekend and public holiday penalty rates.

‘Korean migrant Jae Gi Jo, who set up his cleaning business JHH International Pty Ltd after moving to Australia three years ago, told the Fair Work Ombudsman he was unaware of modern awards or minimum wage rates,’ noted the FWO.

Through an interpreter Mr Jo revealed that he had set his pay rates after talking to other Korean businesses. He recruited the backpackers – who were in Australia on the 417 working holiday visa – through a Korean community website.

‘The pair contacted the FWO for help after realising they were being underpaid and were not receiving pay-slips.

‘At the time of the underpayments, JHH International was sub-contracted by TJS Services, a large cleaning contracting company operating across Australia to provide cleaning services at sites around Cairns.

‘Fair Work Ombudsman Natalie James says there is no evidence to suggest that TJS Services was aware of the contraventions.

‘However, she reminded principal contractors of the need to ensure that sub-contractors were compliant,’ the FWO emphasised.