Advertisement
A 20 September press release issued by Tennant Company stated it has withdrawn its appeal of the June 2013 German court decision in Karcher’s lawsuit regarding the wording used in advertisements of Tennant Company’s proprietary ec-H2O technology – a chemical-free cleaning technology based on the process of electrolysis. However, Karcher believes the judgement will ‘make […] 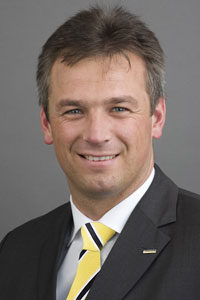 A 20 September press release issued by Tennant Company stated it has withdrawn its appeal of the June 2013 German court decision in Karcher’s lawsuit regarding the wording used in advertisements of Tennant Company’s proprietary ec-H2O technology – a chemical-free cleaning technology based on the process of electrolysis.

However, Karcher believes the judgement will ‘make waves worldwide’.

“Tennant Company has not altered its position that the decision of the German court is, respectfully, based on incomplete and inaccurate information,” said Heidi Wilson, Tennant Company general counsel and secretary. “The withdrawal is for purely commercial reasons as the case was primarily about advertising claims that are no longer being used by Tennant,” Wilson continued.

“Tennant maintains that the two laboratory bench tests performed by the court-appointed advisor were seriously flawed. The first test had no applicability to Tennant’s ec-H2O chemical-free technology as the test is typically used to measure properties in traditional chemical cleaners. The second bench test, which involved a soil of concentrated fats, has little correlation to cleaning with any scrubber-dryer, regardless of the cleaning solution being used,” explained Wilson.

Wilson stated there is no standard for performance testing in the industry and that real-world operation remains the test that truly matters and that customers are the true judges of performance.

Chris Killingstad, president and CEO of Tennant Company also commented. “Tennant customers who have chosen to effectively clean their facilities with reduced chemical usage are satisfied with the performance of ec-H2O. And for those who wish to see results for themselves, we invite them to a free demonstration of ec-H2O performance on their facility’s specific soils,” he said.

Tennant Company continues to stand behind its ec-H2O technology based on extensive internal and external tests and the experiences of customers who have years of experience cleaning with ec-H2O, according to Killingstad.

“As a leading innovator in our industry, Tennant Company has chosen to invest its resources in the continued innovation and launch of additional sustainable cleaning technologies that clean effectively, reduce the use of chemicals, improve customer productivity and enhance operator safety,” said Killingstad.

In its 23rd September blog, Karcher stated, ‘So-called “activated water” is no more effective than tap water. Tennant’s advertising claims ascribing the cleaning power of an all-purpose cleaner to water “activated” using the ec-H2O technology, are misleading and deceptive. This landmark decision by the Stuttgart Regional Court is now legally binding. Tennant has withdrawn its appeal.’

Karcher deputy chairman Markus Asch said,”The evidence was overwhelming. We were always confident that the facts would prevail in the end. With the withdrawal of the appeal the court’s decision is now legally effective: ec-H2O cleans no better than tap water. The court decision is a success that benefits all customers. Competitive cases such as this one create confidence and trust.”

The Karcher blog observed that ‘Tennant is required to bear the costs of the proceedings. This judgment will make waves worldwide. It heavily relies on the findings of the independent expert Thomas Hofmann (Zurich University of Applied Sciences) who had been appointed by the court. Besides Kärcher, other competitors and associations had publicly thrown doubt on the effectiveness of “ec-H2O” and carried out scientific studies as well as practical tests regarding the alleged cleaning effect.’