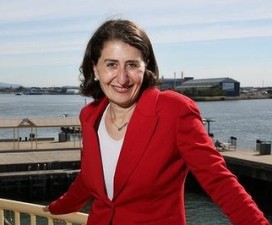 Sydney Trains has cancelled a deal with a private company, infrastructure firm Transfield Services, hired to manage train cleaners in Sydney less than half-way through the company’s contract, reported Jason Saulwick in an 8 September SMH article.

‘As part of the government’s ‘fixing the trains’ reforms announced in 2012, Transfield Services signed a deal to manage rail cleaning staff on behalf of the government until 2016 but the management of cleaners was recently taken back in-house by Sydney Trains. Sources said the state-owned rail operator could do the job cheaper and more effectively than Transfield,’ stated Saulwick.

A spokesman for Sydney Trains confirmed the Transfield contract had been terminated following a review that was included in the original contract. “As part of the review, chief executive Howard Collins decided to bring the management of Transport Cleaning Services in-house to the new Sydney Trains,” said the spokesman.

‘Sydney Trains and regional operator NSW TrainLink are, however, continuing with a policy of privatising the actual cleaning services. They intend to contract out cleaning operations in a number of locations through the city and the state,’ noted the article.

According to Saulwick, the spokesman said “outsourcing” cleaning at selected station and depots and creating a mix of public and private cleaners allowed Sydney Trains to benchmark performance.

Less than a year ago, transport minister Gladys Berejiklian cited the privatisation of the management of train cleaners as one of her improvements in the area. “Since we brought on new cleaning management with new commercial benchmarks as part of fixing the trains reforms and invested millions of dollars in cleaning blitzes, customer satisfaction with the cleanliness of trains has already increased,” stated Berejiklian back in January this year.

‘Labor’s transport spokeswoman, Penny Sharpe, said the government was “trying to outsource everything it can” and that it was not clear it was saving any money.’