Advertisement
The planned merger of Staples and Office Depot was blocked on Tuesday 10 May 2016 by a federal judge due to ‘antitrust concerns’, reported The Wall Street Journal on 11 May 2016. 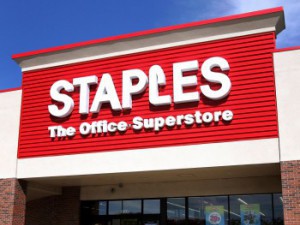 The planned merger of Staples and Office Depot was blocked on Tuesday 10 May 2016 by a federal judge due to ‘antitrust concerns’, reported The Wall Street Journal on 11 May 2016.

‘U.S. District Judge Emmet G. Sullivan sided with the Federal Trade Commission, which in a December lawsuit alleged the combination of the office superstores would lead to higher prices for large corporations that buy office supplies in bulk’.

The Federal Trade Commission (FTC) has said that the ruling would help firms that buy office supplies.

“This deal would eliminate head-to-head competition between Staples and Office Depot and likely lead to higher prices and lower quality service for large businesses that buy office supplies.”

Staples initially made its offer to buy Office Depot in February 2015 in a ‘cash-and-stock deal valued at US $5.5 billion (AUD $7.49 billion) at the time’. By December 2015, FTC took legal action to block the buyout and Staples was taken to court.

“We are extremely disappointed that the FTC’s request for preliminary injunction was granted despite the fact that it failed to define the relevant market correctly, and fell woefully short of proving its case,” said Staples’ CEO Ron Sargent in a statement.

Office Depot CEO Roland Smith said that the company would not appeal and that the two companies involved would end the merger agreement on Monday. In a company statement, Office Depot also stated that ‘it would share its plans next week when it reports quarterly earnings. The company also noted that ‘it would now focus on absorbing OfficeMax, a competitor it bought a few years ago’.

‘The ruling marks the second time the FTC has defeated a Staples-Office Depot merger effort. It won a decision in 1997 that prevented the companies from joining forces. In the current case, the office suppliers argued the market had changed dramatically in the nearly two decades since the earlier decision’.