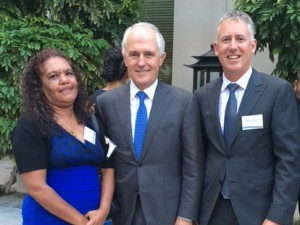 The event brought ‘young Indigenous businesses and innovators together with CEOs of Australia’s largest companies and senior executives from the Department of the Prime Minister and Cabinet (DPMC).

As mentioned above, Spotless is currently involved in the Indigenous Engagement Program. This program provides the company with funding to ’employ and retain 400 Indigenous Australian employees until 30 June 2019.’

‘The Employment Parity Initiative is a program that aims to increase the number of large Australian companies with a workforce reflective of the size of the Indigenous population. The initiative aims to get 20,000 more Indigenous job seekers into jobs by 2020.’