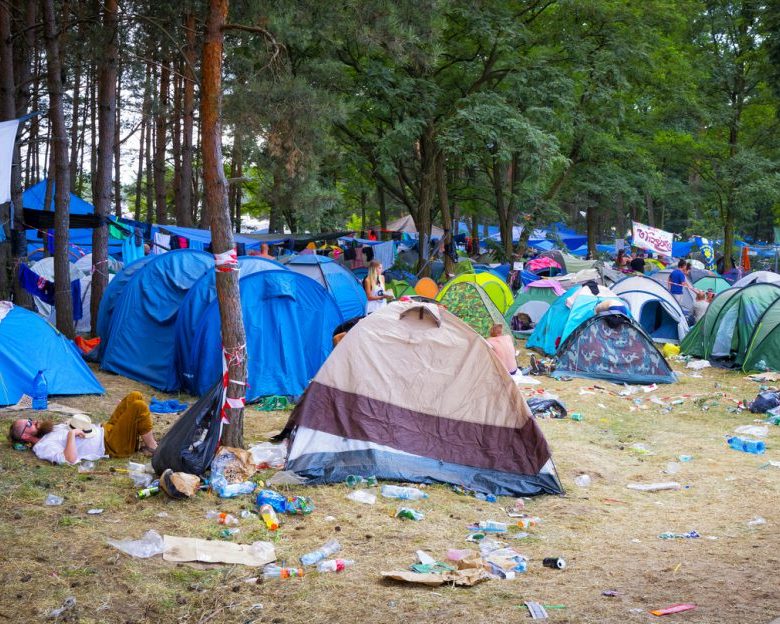 The Festival Littering report showed that despite efforts from music festivals to raise environmental awareness, festival goers believe it’s not their responsibility to clean up their rubbish at festivals. The report surveyed more than 800 people at the Falls Festival in Byron Bay; Party in the Paddock in Tasmania and Unify Gathering in Victoria.

The five main drivers identified to be the cause of littering at festivals were; damaged tents left at the campsite; social proof in seeing others leave their tents behind; a lack of respect shown to the festival and its staff by believing that cleaning isn’t their problem; disregard for one’s own tent (not caring what state it is in at the end of the festival) and urgency to leave the festival on the last day.

Green Music CEO Berish Bilander said the dumping of tents, marquees, and other camping equipment at multi day music festivals is a growing problem, both in Australia and overseas.

“The music scene has the ability to use its powerful social platform to inspire better behaviour and make single-use uncool.”

Quayclean Australia, which manages cleaning and presentation services for major stadiums across Australia including the SCG, Marvel Stadium, the Gabba and Adelaide Oval, said educating festival-goers is critical to reversing current practices.

“Music fans, like sports fans at major stadiums, are going to these concerts to be entertained and the camp sites become mini-cities,” said Quayclean CEO, Mark Piwkowski.

“As a society, we are becoming increasingly aware of how waste is damaging our environment, and improvements to reduce waste ending up in landfill are ongoing. Millennials are probably more environmentally aware than Baby Boomers but, ironically, it appears they disregard waste management practices when they attend an outdoor music festival.”

Piwkowski said festival attendees should also examine what food and beverages and other items they are bringing to camp sites.

“They should consider limiting environmentally-damaging items such as single-use plastics and goods in Styrofoam packaging, which will end up in landfill.

“We also suggest more bins need to be strategically located throughout festival camp sites for easy access by festival attendees. These bins need to clearly indicate what waste is to be separately placed in each bin to ensure high recycling rates,” he added.