Advertisement
Qantas Group plans to become world’s first airline to reuse, recycle and compost three-quarters of its general waste by the end of 2021. 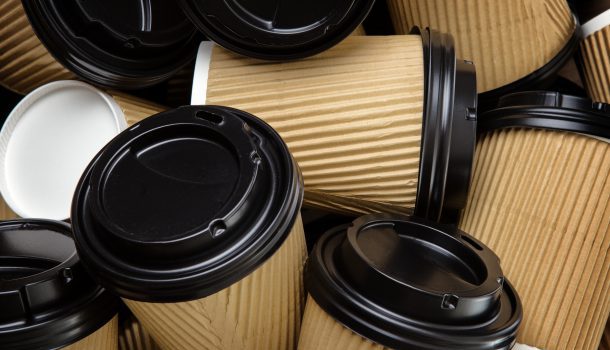 The Qantas Group has announced an ambitious plan to become the world’s first airline to reuse, recycle and compost at least three-quarters of its general waste by the end of 2021.

Announcing the plan as part of the national carrier’s half-year results, Qantas Group CEO Alan Joyce said business had a responsibility to lead on environmental issues.

“In the process of carrying 50 million people each year, we deal with more than 30,000 tonnes of waste. That’s the same weight as about eighty 747 jumbos,” said Joyce.

Some examples of changes to be implemented across Qantas, QantasLink and Jetstar from later this year include introducing coffee cups that can be recycled or composted; eliminating single-use plastics by switching to alternative packaging; and removing paper such as boarding passes and operational manuals, by going digital.

The group has an existing target to reduce waste to landfill by 30 per cent by 2020, which it’s on track to reach through recycling and other programs. The 75 per cent goal now takes its place. Separate targets exist for fuel, water and electricity consumption, and Qantas has the largest carbon offset scheme of any airline in the world.

Airlines are legally required to dispose of some materials permanently, such as quarantined food from international flights and hazardous materials. With support from industry and regulators, the group believes it can ultimately reduce the volume of this regulated waste as well.

Similarly, there are some single use plastics used by airlines (such as wrapping for hygiene purposes and some heat resistant containers for meal preparation) that don’t currently have a practical alternative. Qantas and Jetstar are working with manufacturers and other airlines to innovate in this space to further reduce waste to landfill.

“Few industries can eradicate waste completely, but with this program we’re saying that avoidable waste should no longer be an acceptable by-product of how we do business,” Joyce said.

“This isn’t just the right thing to do, it is good for business and will put us ahead of legislative requirements in the various countries we operate in, where there is an end-date on various single use plastics.”

This week the ACT government announced it was considering a potential ban on single-use plastics including straws and cutlery following a proposal put forward by City Services Minister Chris Steel.

Steel’s proposal follows the South Australian Government’s announcement to ban single-use plastics such as straws and plastic bags in January, and the European Parliament’s move to completely ban on single-use plastic products, including straws, plates and cutlery in a bid to stop ocean pollution.