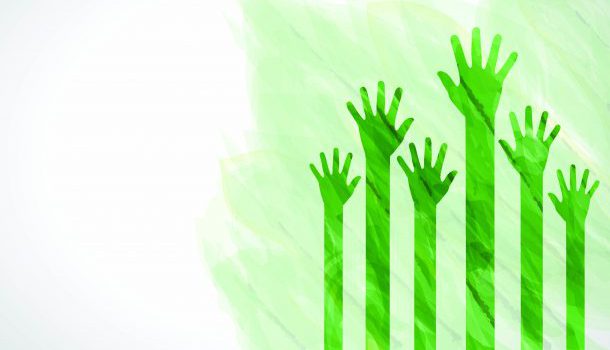 These organisations have pledged to take urgent action to ensure their own portfolios of buildings operate at net zero carbon by 2030 or sooner.

The Commitment is unique in positioning energy efficiency as a central component to achieving decarbonisation across building portfolios, in addition to generating and procuring renewable energy to meet reduced energy demand.

The new corporate signatories to the commitment are:

Goldman Sachs: The American multi-national investment bank and financial services company, operating in 34 countries worldwide with 198 buildings within its asset portfolio, and a member of US Green Building Council (USGBC). Goldman Sachs will certify 70 per cent of building footprint through LEED or equivalent green building standards, and reduce energy consumption to maintain carbon neutrality across its operations.

Hudson Pacific Properties: A real estate investment trust that acquires, redevelops and develops creative office and studio properties in the West Coast tech and media epicenters of the US and Canada, and a member of USGBC. Hudson Pacific is committed to owning and developing only assets that are net zero carbon in operations by 2030. As part of this effort, earlier this year the company entered into a three-year renewable energy agreement to achieve 100 per cent carbon neutral electricity consumption across its portfolio.

This will be achieved through the implementation of energy efficiency programs, renewable and low carbon energy systems, effective tenant and community engagement and installing leading facilities management technology and systems, and the ongoing use of GBC Australia’s Green Star – Performance tool.

Petinelli: A Brazilian engineering and green building consulting firm, committed to bringing change to the way buildings are designed, constructed and operated. In addition to ensuring its own offices will operate at net zero by 2021, Petinelli is committed to supporting its clients by designing net zero buildings and pursuing certification under LEED Zero from USGBC and GBC Brasil’s Zero Energy Standard.

Cristina Gamboa, CEO, World Green Building Council said: “We welcome the bold climate leadership from the latest signatories to WorldGBC’s Net Zero Carbon Buildings Commitment. Their pledges to fully eliminate carbon emissions from their buildings demonstrate private sector readiness to respond to the climate crisis. The next decade is crucial to realise the ambition of the Paris Agreement so now is the time to act.”

The full list of the Commitment signatories comprises 45 businesses and organisations including developers, real estate investment and property funds, manufacturers and global design firms, 28 cities including London, New York and Tokyo, and six states and regions including California and Scotland.

As world leaders gather at COP25 in Madrid, Spain to declare national commitments to accelerate immediate and steeper climate action, these pledges come as a loud signal that major private sector leaders acknowledge the key role that they too must play to tackle the climate crisis.

Globally, almost 40 per cent of energy related greenhouse emissions occur from buildings, with 28 per cent coming from the operations of buildings themselves.

The Net Zero Carbon Buildings Commitment has the power to radically reduce the building sector’s environmental impact by spearheading a global shift towards aggressive energy efficiency as well as a complete change from fossil fuel based power to renewables.

In 2015, 82 per cent of final energy consumption in buildings was supplied by fossil fuels – whereas to meet the Paris Agreement, this must become 0 per cent.

Last week, leading European businesses and cities also announced commitments during a leaders’ summit in Brussels convened by WorldGBC and partners, as part of an ambitious campaign to help spark a building renovation revolution.

This included the city of Valladolid, the first in Spain, which will introduce an ambitious new law in 2020 to drive district heating and renewable energy in new buildings, and energy improvements in some 4000 homes per year between 2020 and 2050, and operate their own council building at net zero from 2030.