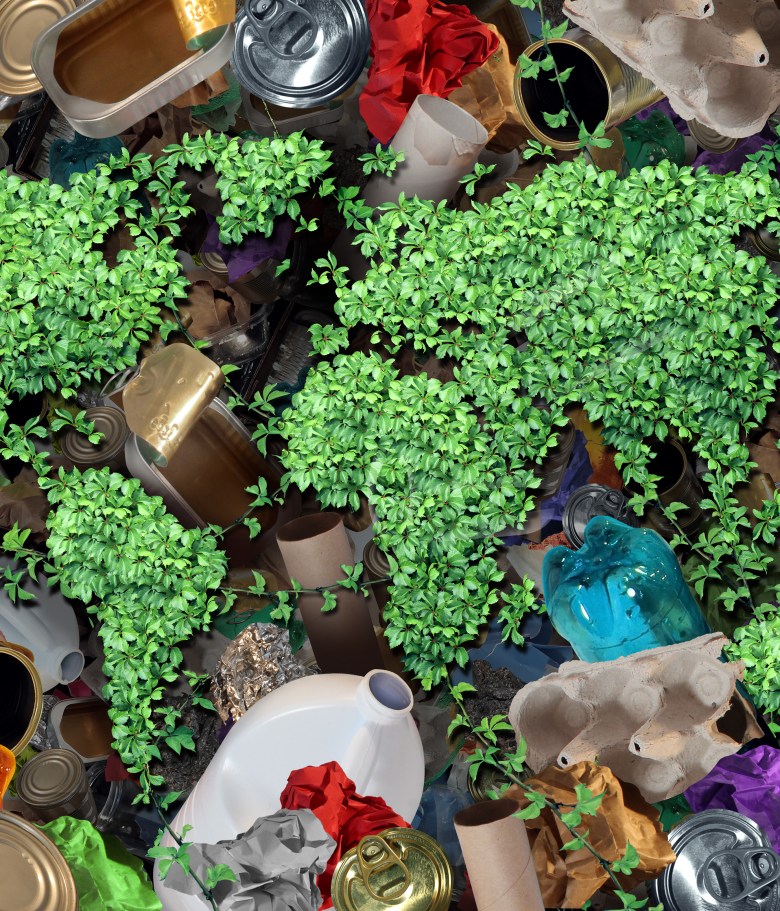 Some of the major recycling initiatives include a $100 million Australian Recycling Investment Fund through the Clean Energy Finance Corporation.

Another $20 million will be put towards a new Product Stewardship Investment Fund for industry-led recycling schemes, including for batteries, electrical and electronic products, photovoltaic systems and plastic oil containers.

A further $20 million will be for plastic recycling and waste solutions through the Cooperative Research Centres Projects grants program, as only 11 per cent of this material is currently recycled.

“The recycling package is not just about ensuring we manage waste, it’s about investing in the science and research that helps companies better use recycled products,” Morrison said.

“It’s about providing long term scientific answers and commercial answers that make recycling an even better investment and a more practical initiative for businesses all around the country.”

The initiatives have been welcomed by the Australian Council of Recycling (ACOR), the peak body for the domestic industry worth $15 billion and 50,000 jobs.

“With the kerbside recycling part of our sector under pressure from Asian changes, this Coalition package is an appropriate, awesome and advantageous investment in Australian recycling’s domestic sustainability now and into the future,” Pete Shmigel, ACOR CEO, said.

“The coalition has kicked one strongly through the policy posts. That will result in less waste to landfill, recycling industry co-investment, community confidence in their efforts, value-adding jobs in regional centres, and resource security in a competitive world.”

The coalition has also committed up to $5.8 million for a range of initiatives through the Environment Restoration Fund to support the great work of Clean Up Australia, Keep Australia Beautiful, the Australian Council of Recycling, Planet Ark, the Australian Packaging Covenant Organisation and OzHarvest.

Shmigel said it was also significant the coalition has pledged to continue working with state, territory and local governments on opportunities to get more recycled content into road construction, but that it’s an area of much greater opportunity.

“In the future, we need more specific targets and timetables from government on using its purchasing power for recycled content products, such as roads, which is exactly how the UK and France have responded to Asia. Building Snowy 2.0 using recycled content construction material would soak up every glass and plastic stockpile in the country,” Shmigel said.