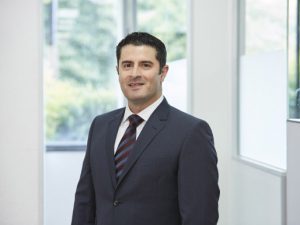 “Since Sid took on the CEO role on an interim basis in May 2018, he has been working closely with the board and executive team in leading the company’s strategic review and making the many key decisions required to position the company for long-term sustainable growth,” Boon said.

Prior to the interim CEO role, Takla held the position of chief operating officer overseeing the company’s commercial and manufacturing operations. He also led the B2B and Pacific Islands operations over a number of years.

Blew is set to join the company from November from L’Oréal where he is currently commercial and business operations director.

“Andrew has a strong track record driving revenue and profit growth and we believe he will make a significant contribution to Asaleo Care.”

Blew’s appointment follows the resignation of  chief financial officer Lyndal York, who has held the position since 2017. York will remain with Asaleo Care until after the 2018 full year results are released in late February 2019, with an external search for a new CFO to be undertaken.