Advertisement
New campaign encourages Australians to Check It! Before You Chuck It to improve recycling behaviours 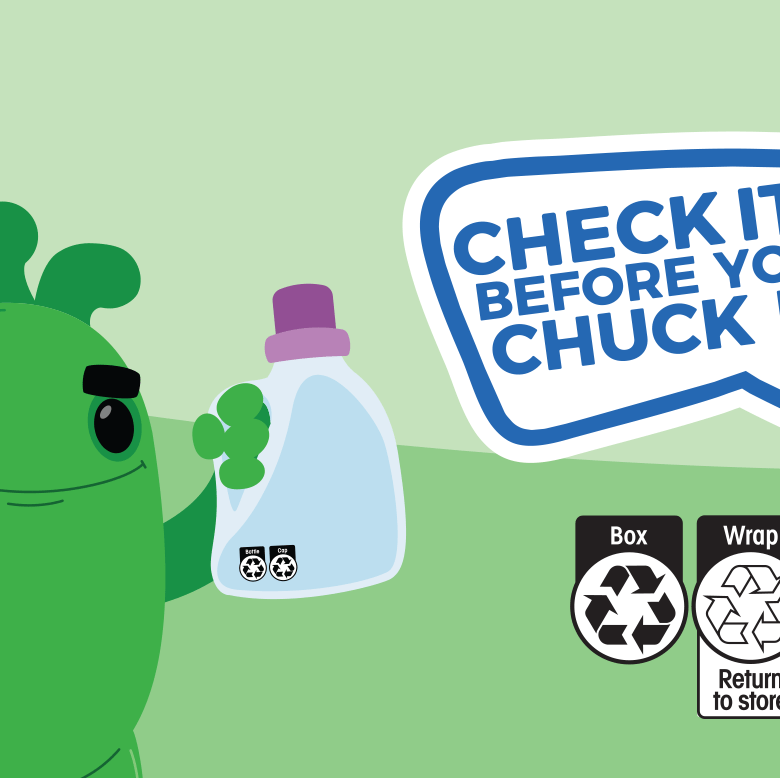 Check It! Before You Chuck It, a new campaign to educate Australians about sustainable packaging and inspire positive recycling behaviours, has launched this week.

Developed in partnership by the Australian Packaging Covenant Organisation (APCO) and Planet Ark, and supported by the Australian Government, the campaign calls on all Australians to check the Australasian Recycling Label (ARL) every time they are at the bin so that they recycle their packaging right.

The launch of the campaign comes off the back of a recent study, Community Attitudes to Waste and Recycling, by Pact Group which has highlighted the need for education around how to recycle right and develop positive recycling behaviours. The study revealed 81 per cent of Australians are not confident they recycle everything effectively.

The study also revealed that of those Australians that identify as confident recyclers, one in five (22 per cent) admitted that if they were unsure of whether an item could be recycled or not, they would dispose of it in their kerbside recycling bin regardless.

This phenomenon known as ‘’wish-cycling’’ is a major contributor to contamination in the waste stream and valuable materials entering landfill unnecessarily.

Trevor Evans MP, Assistant Minister for Waste Reduction and Environmental Management, said: “One of the best practical things we can do to help the environment is to recycle correctly. This new recycling campaign, funded by the Federal Government, is a fantastic reminder to always be mindful of recycling correctly by looking for the packaging label before chucking things in the bin. Recycling correctly reduces the amount of waste going to landfill and enables new products to be made and re-used again and again”.

Rebecca Gilling, Deputy CEO, Planet Ark, said, “We know Australians are passionate about the environment and want to do the right thing. The most common place people look for recycling information is on product packaging, therefore we need to have consistent labelling on that packaging that truly reflects Australia’s recycling infrastructure. The second step is to educate Australians to look for the Australasian Recycling Label when they are at the bin, which will help them recycle right, reduce contamination in our recycling streams and keep recyclable materials in circulation.”

The Check It! Before You Chuck It campaign also aims to generate widespread awareness of the ARL, an evidence-based on-pack label that clearly shows Australians how to correctly recycle and dispose of packaging after use.

Since its launch in 2018, the ARL Program has gained widespread support from government and industry, with many of Australia’s best-known brands and retailers carrying the label on their product packaging.

Brooke Donnelly, CEO, APCO, said “We want consumers to feel empowered about the important role they play in helping Australia to get our approach to recycling right. By educating households and businesses to source separate effectively by looking for and following the ARL instructions, we can reduce contamination in the waste stream and ensure valuable materials have the opportunity to be recycled into new products. Research consistently shows that Australians are confused by recycling – this campaign will help to cut through that confusion with one simple action every time consumers are at the bin: to check it before they chuck it.”

The new campaign, which was developed using principles of behaviour change, is headlined by an engaging animation which introduces a cast of interactive characters who visually demonstrate the positive recycling behaviour of checking the ARL before chucking your packaging in the bin so that you can dispose of it correctly and recycle right.