Advertisement
In January 2011, south-east Queensland was hit by deadly floods that left more than 30,000 properties in the region damaged or completely destroyed. Through the devastation, a new business was born. 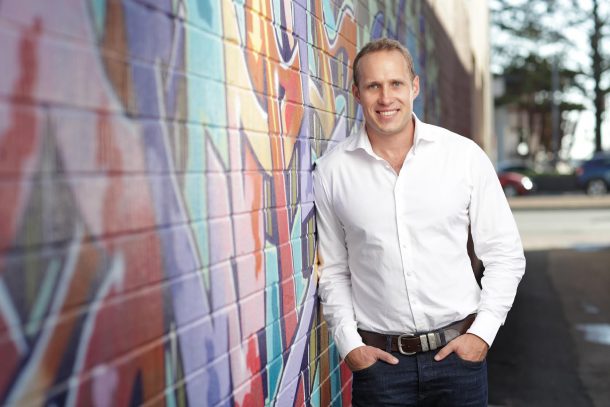 In January 2011, south-east Queensland was hit by deadly floods that left more than 30,000 properties in the region damaged or completely destroyed. Through the devastation, a new business was born. INCLEAN assistant editor Lizzie Hunter reports.

Six years ago, Brisbane, Ipswich and other surrounding towns in south-east Queensland were hit by floods that devastated the region.

During the clean-up, it occurred to MouldMen founder and managing director Gerard Murtagh – who was running a high pressure cleaning and graffiti removal business at the time – that mould was going to be a big problem for those who lived in the area.

“At that point in my career, I was constantly on the lookout for opportunities to expand or start a new business,” said Gerard. “The issues I knew the floods would cause inspired me to research mould remediation and find the best possible solution.

“I jumped on a plane to the United States to meet with chemical engineers and other experts in the field of mould management and removal. I came back to Australia and started up MouldMen, and as they say, the rest is history.”

Based in south-east Queensland, MouldMen provides mould remediation services to the insurance, commercial, real estate and private clients across the region, from Noosa down to Lismore. Starting off as a one-man band with Gerard at the wheel, the business has gone through a number of different business models over the years, and currently employs 12 staff members.

“We’ve seen significant growth over the past three years. We experienced growth of more than 600 per cent in one year, which was then backed up with another 40 per cent. This year we’ve achieved growth of 71 per cent.

“We’ve had a bumper fourth quarter; our revenue is up by 114 per cent, and that’s basically just from getting things right within the business.”

While growth has always been a priority, Gerard explains that in some regard, he has held the business back to ensure that its procedures and processes have been up to scratch first so that “the wheels don’t fall off” during periods of substantial growth.

Local and international expansion is also in the works for MouldMen.

“In the next few years, we will be in other cities; Sydney will be first port of call, then Melbourne. We also have a much bigger, international plan, but at this point in time, I’m not going to grow the business just to grow it.

“We’ll be expanding when we’ve built a sustainable, well-run business that can be replicated properly in other cities.”

This article first appeared in the September/October issue of INCLEAN magazine. Click here to continue reading.