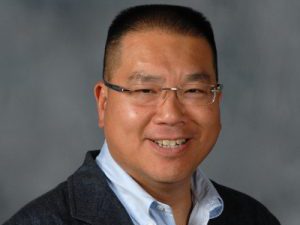 Mr Hsu, who is currently group president of North American Consumer Products, will join the company’s board of directors, and be accountable for the day-to-day operations of Kimberly-Clark’s business units, along with the company’s global innovation, marketing and supply chain functions.

“The appointment of Hsu as president and COO is part of a long-term executive leadership development and succession planning process to ensure Kimberly-Clark’s continued success,” stated the company.

Thomas J. Falk will remain chief executive officer and chairman of the board and continue to lead and manage Kimberly-Clark at the enterprise level. Hsu and the company’s finance, legal and human resources functions will report to Falk.

[quote]”Mike is an outstanding leader with a passion for our business. He has a long track record of building great teams and delivering strong results at K-C and elsewhere in the consumer packaged goods industry,” Mr Falk said. “I’m excited to work closely with Mike in his new role as we continue to execute our long-range global business plan.” [/quote]

[quote]”I’m excited to continue to work with Tom, the senior executive team and employees throughout Kimberly-Clark to deliver long-term shareholder value as we lead the world in providing essentials for a better life,” said Mr Hsu. [/quote]

The company said it expects to name a new group president of North American Consumer Products in the near future.