Advertisement
Reflecting the continued growth of Makinex USA, Peter Maginnis has been appointed to head up that operation and will be based in the company's new Los Angeles North American head office. 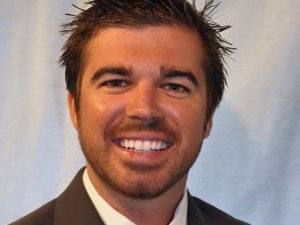 Reflecting the continued growth of Makinex USA, Peter Maginnis has been appointed to head up that operation and will be based in the company’s new Los Angeles North American head office. Makinex USA was established in 2014.

‘Peter joined the Makinex team on 1st June 2015, after spending the last 10 years in the rental and self-storage industry.

‘Peter brings with him a passion to provide the best equipment rentals, sales and service to construction companies, builders contractors and landscapers, following the same goals as Makinex,’ said the company’s press release.

Makinex founder and owner Rory Kennard commented, “I met Peter as part of the Global Rental Alliance in Australia and we have stayed in touch ever since.

“He has been a great mentor to me in setting up Makinex USA. I am very excited to have him as part of the ever growing Makinex team, and am looking forward to working with him full time to grow the American arm of our business.”

Maginnis will be working from Makinex’s new North American head office in Los Angeles as the company is ‘expanding in the North American and Canadian space with the new business partnership between Makinex and Home Depot Canada and Home Depot online for our Jackhammer Trolleys and Tile Smasher Heads.’

“I am very excited about the products that Makinex has and feel like they are the best in the industry. The Makinex machines are the strongest built and really make the job easy! I look forward to selling these products to many customers so that they can work smarter not harder,” enthused Maginnis.