Advertisement
US based personal care company Kimberly-Clark recently launched an initiative in India that aims to repair dysfunctional toilets in 100 schools over five states in the country. 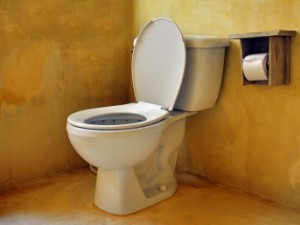 US based personal care company Kimberly-Clark recently launched an initiative in India that aims to repair dysfunctional toilets in 100 schools across five states in the country. The campaign has so far repaired and rebuilt toilets in 37 schools across several states.

The company’s ‘toilets change lives’ campaign aligns with the Indian prime minister’s ‘toilets for all’ project, as well as efforts made by other charities and foundations.

‘Nearly four out of 10 school toilets in India are non-useable or dysfunctional due to lack of regular maintenance, according to the United Nations Children’s Emergency Fund. The condition is even worse in rural areas, where one out of two toilets in schools are unusable leading to continued open defecation’.

Research also suggests that nearly 23 per cent of girls drop out of school every year in India upon reaching puberty. Kimberly-Clark’s ‘toilets change lives’ initiative is working to bring that number down by providing adequate sanitation infrastructure in schools.