Advertisement
Despite facing a challenging year, Kimberly-Clark Corporation achieved record cost savings, improved margins and delivered bottom-line earnings in line with its guidance for the year. 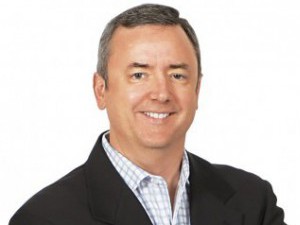 Despite facing a challenging economic and competitive environment in 2016, Kimberly-Clark Corporation has reported that its full-year 2016 results were consistent with the company’s previous outlook.

The company’s fourth quarter 2016 net sales of $4.5 billion were even with the prior year and its organic sales increased by 1 per cent, including a 3 per cent growth in developing and emerging markets. Changes in foreign currency exchange rates reduced sales by 1 per cent.

Diluted net income per share for the fourth quarter was $1.40 in 2016 and $0.91 in 2015. The company stated that the comparison benefited from cost savings and a charge in 2015 related to deconsolidating the company’s Venezuelan business at the end of 2015.

[quote]“While we experienced a challenging economic and competitive environment in 2016, our market share positions remained broadly healthy. We also achieved record cost savings, which helped us improve our margins and deliver bottom-line earnings in line with our guidance for the year,” said chairman and CEO Thomas J. Falk. [/quote]

[quote]”Looking to 2017, we will execute our Global Business Plan strategies in what we expect will be a continued difficult environment,” added Falk. “Our teams will invest in innovation, marketing and targeted growth initiatives to keep our brands strong and help us compete effectively. [/quote]

[quote]“We will also continue to manage our company with financial discipline, with a focus on cost savings, cash flow and shareholder-friendly capital allocation. We remain optimistic about our opportunities to create long-term shareholder value.”[/quote]