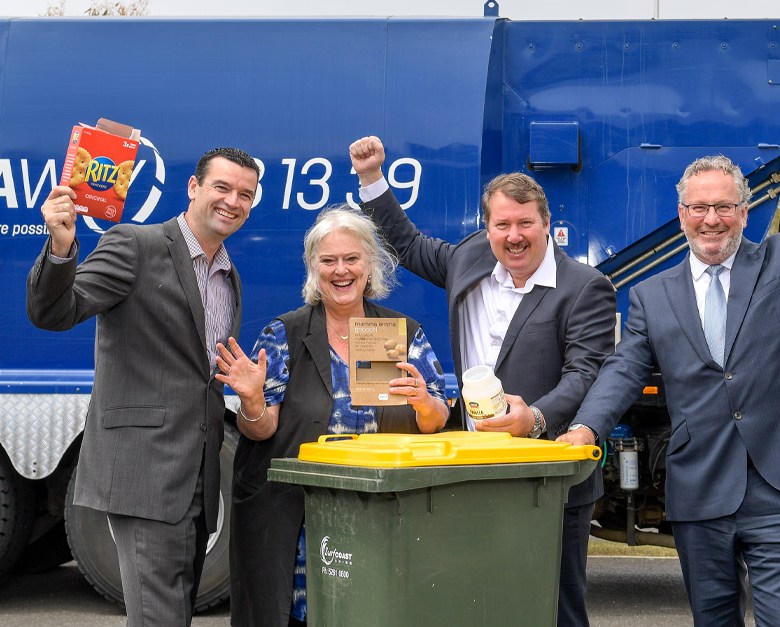 Kerbside recycling for residents of the City of Greater Geelong, Surf Coast Shire Council, Golden Plains Shire and the Borough of Queenscliffe will resume under a new agreement between Geelong Region Alliance (G21) and Cleanaway.

To encourage a circular economy within the region, Cleanaway will work with councils to develop innovative local uses for materials collected by identifying local secondary markets that maximise the sustainable reuse of recyclables, with an initial focus on the reuse of glass.

To further incentivise recycling, the new waste and recycling services agreement includes a discount for councils with low contamination rates.

City of Greater Geelong Waste Management Chair Ron Nelson said the community had been disappointed to see the contents of yellow bins sent to landfill.

“The return of our kerbside recycling service is very good news. We’re now asking for everyone’s help to make it a success by getting back in the habit of sorting your recycling, and learning about the changes to what can and can’t be put in your yellow bin.

“In the meantime we will continue to work on new ideas to make sure we have the most effective recycling system possible in the long-term.”

Councillor Nelson’s message was echoed by the mayors of other G21 councils who called on residents to do their best to put the right thing in their yellow lid bin, to avoid contaminated recycling going to landfill.