Advertisement
The Sydney Morning Herald has revealed that a senior public servant was paid hundreds of thousands of dollars to secure lucrative taxpayer funded Sydney Harbour contracts for cleaning and pest control services. 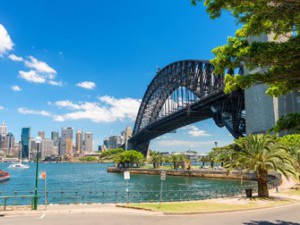 The Sydney Morning Herald has revealed that a senior public servant was paid hundreds of thousands of dollars to secure lucrative taxpayer funded Sydney Harbour contracts for cleaning and pest control services.

‘One of the companies at the centre of the allegations, Arcadia Pacific Group, has won government cleaning tenders not only at Sydney Harbour sites, but at the Art Gallery and State Library of NSW, Sydney Olympic Park and Parramatta Stadium,’ pointed out The Sydney Morning Herald on 11 May 2016.

“Arcadia Pacific Group has been trusted by the (Sydney Harbour Foreshore Authority) to ensure that Darling Harbour remains one of the Jewels in the city’s crown,” stated Arcadia Pacific Group, which is a major state government contractor, on its website.

The Sydney Morning Herald noted that ‘Ms Vernon was stood down on Tuesday afternoon after Fairfax Media informed the Minister for Finance, Service and Property Dominic Perrottet of Ms Vernon’s bribery confession’.

“These are serious allegations and I have asked the department to investigate as a matter of urgency,” said Mr Perrottet. “This government has zero tolerance for corruption.”

According to The Sydney Morning Herald, ‘other service companies and more public servants from different agencies are also suspected to be involved in the alleged bribery racket’.

Ms Vernon’s confession was discovered during a Supreme Court commercial dispute, which involved former business partners Ted Lakis and Michael Lardis over ‘allegations of mismanagement in their company Amazon Pest Control, which is now in liquidation’.

Evidence in the case reflected that ‘a sum of $200,000 was, over a period of years, paid by Arcadia Pacific’. Mr Lakis’ company Amazon Pest Control was also identified in the court as an alleged bribe-paying company.

“The commercial dispute involving Mr Lakis required the court to assess the evidence of Ms Vernon and the question of whether Mr Lakis is liable to account for bribes paid to Ms Vernon,” said Acting Supreme Court Justice Peter Young.

‘The judgment in the matter is expected to be handed down in coming weeks’.