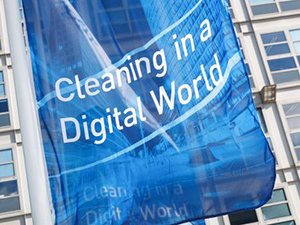 The 22nd World Federation Building Services Congress (WFBSC) commenced in Berlin on Monday, 18 September, with the theme ‘Cleaning in a Digital World’.

In his opening address, Thomas Dietrich, president of the WFBSC and national guild master of the Building Cleaning Trade (BIV), underlined that processes, people and technology were the driving forces of the digital transition.

He predicted that digitisation would affect how everyone at the event conducted business, urging delegates to “be inquisitive in 2017”.

Yvan Fieremans, president of the European Federation of Cleaning Industries (EFCI) and president of the General Union of the Belgian Cleaning Sector (UGBN), said new technologies are continuing to improve communication between cleaning contactors and customers.

Fieremans dismissed the idea that digitisation would replace cleaning jobs. Instead, it would simply support and augment cleaning processes.

In Belgium the UGBN, in partnership with local government and state unions, has implemented a new online reporting platform for cleaners, with the system set to be rolled out across cleaning companies nationally from early next year.

“We are still at the beginning of a new way of thinking and working in the cleaning industry,” Fieremans said

Günther Oettinger, EU Commissioner for Budget and Human Resources, stressed the importance of the building cleaning trade for the economy and appealed to the industry to seize the opportunity that digitisation offered. The building cleaning trade needed to be involved in the planning of new buildings and other parts of the infrastructure. He called for free, fair and open trade.

According to Oettinger, the protection of data, the acquisition of basic digital knowledge by every employee and investment in real estate infrastructure represented the next phase that had to be reached.

Other speakers on the opening day of the conference included Ramona Pop, Mayor of Berlin and Senator for Economics, Energy and Public Enterprises; Anja Forster and Daniel Domscheit-Berg.