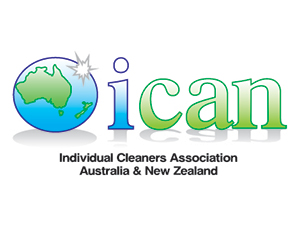 Colin Nation, current administrator of ICAN, confirmed to INCLEAN magazine the association’s closure, stating it had signed a memorandum of understanding with SCRIA.

Remaining ICAN members have been offered 12-month memberships to SCRIA from 1 July.

A transfer of funds was also negotiated as part of the merger, with some of the funding expected to be put towards a carpet cleaning conference in 2018.

Nation said the association was originally set up to offer education and networking opportunities to members who were located across the country. At its peak the forum was understood to have around 1000 members from all over the world.

“ICAN members held some training workshops in a few locations but because of its very nature, being an internet-based association it held very few actual face to face meetings and relied on the forum for meetings. Members did catch up from time to time and meet face to face at industry trade shows and the like and it was always good to put a face to a name.

“But times have changed, and with the development of other forms of social media, the participation on the old forum and hence participation in ICAN meetings fell away, so it was decided to close ICAN down officially.”

SCRIA president Gidon Kabaker, who was appointed to the role in August last year, told INCLEAN the association is looking to focus its attention on recruiting more carpet cleaners and specialised cleaners.

“We think there is huge potential to target the carpet cleaners and specialised cleaners out there,” Kabaker said.

SCRIA is planning to hold training events this year that will have carpet cleaning elements, with these to also be available to non-members.

South Australia, Western Australia and Tasmania are also markets SCRIA will look to expand its presence in this year.