Advertisement
Having guided his company through a successful privatisation, 'turn around' and re-listing, Spotless Group chief executive Bruce Dixon is to step down from that role at the end of this year. 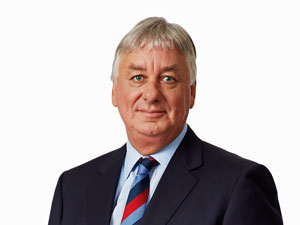 Having guided his company through a successful privatisation, ‘turn around’ and re-listing, Spotless Group chief executive Bruce Dixon is to step down from that role at the end of this year.

Spotless was advised by the company’s chief executive, Bruce Dixon, that he wishes to retire from full time executive duties at the end of the year in order to pursue family business and investment opportunities, stated the company’s ASX (23 April) press release.

Dixon will step down from the role of chief executive on 31 December 2015 but has advised his willingness to remain an active and engaged member of the Spotless board following his executive retirement.

Spotless chairman Margaret Jackson, said, “The directors will be working in partnership with Bruce to ensure an orderly transition.

“The Spotless team continues to build on the strong foundations of the business which were reset during the turnaround. With an unrelenting focus on costs, efficiencies and financial performance, we are now achieving margins in line with our global competitors and we are well positioned to continue our growth strategy.”

Spotless noted that, ‘Dixon has enjoyed a long history with Spotless, having originally joined the team in 1987. He served Spotless’ valued long-term clients from a number of senior management positions including general manager of Spotless Healthcare and general manager of Servicemaster of Australasia.

‘He returned to Spotless as managing director and chief executive in 2012 and was instrumental in the privatisation and turnaround of the business as well as its successful relisting on the Australian Securities Exchange in 2014.’