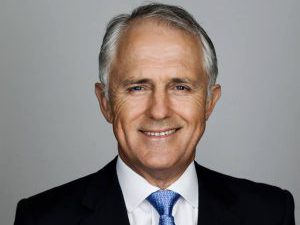 Prime Minister Malcolm Turnbull has announced he is abolishing the 457 visa program for skilled migrants, replacing it with a new system “specifically designed to recruit the best and brightest in the national interest”.

The PM made the announcement on Facebook via a video message, stating “Australians workers must have priority for Australian jobs”.

[quote]“We’ll no longer allow 457 visas to be passports to jobs that could and should go to Australians,” Turnbull said.[/quote]

[quote]“However, it is important businesses still get access to the skills they need to grow and invest, so the 457 visa will be replaced by a new temporary visa specifically designed to recruit the best and the brightest in the national interest.”[/quote]

In a press conference following the Facebook announcement, Turnbull said the former 457 visa program will be replaced with two new temporary skilled visas  – a two-year visa and a more specialised four-year visa.

The number of occupations available for the two-year visa has also been “substantially reduced” and both now require two years’ minimum work experience and a police check.

Turnbull said the new system will “ensure that Australian jobs are filled by Australian workers wherever possible and that foreign workers are brought into Australia in order to fill critical skill gaps, and not brought in simply because an employer finds it’s easier to recruit a foreign worker than go to the trouble of hiring an Australian.”

BSCAA: Change has little to no impact on cleaning industry

The Building Service Contractors Association of Australia (BSCAA) says the Federal Government’s proposal to abolish 457 visas for skilled migrants and introduce a new two pronged scheme will have little if any impact on the availability of workers for the cleaning industry.

[quote]”While the industry does employ a significant number of overseas workers, the vast majority of those are international students on student visas and a lesser number on working holiday visas. There were no changes proposed in relation to those visa categories,” said BSCAA national officer Barbara Connolly.[/quote]