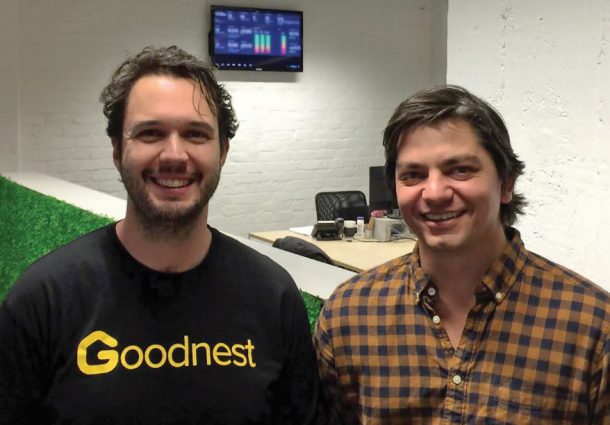 Goodnest, the brainchild of former Trade Me executives James MacAvoy and Richard Humphries, is planning to ramp up its digital platforms and online services after securing $1 million in its latest funding round.

MacAvoy, founder of NZ-based DVD rental service Fatso, spearheaded Trade Me’s daily deals site Treat Me from 2010 until 2013. It was during that time he noticed an emerging revenue stream from the service industry – cleaning.

“All of a sudden two-hour cleaning deals and three-hour handyman or gardening deals became really popular, but what was most interesting to us was that unlike other deals, the price discounts weren’t that significant,” MacAvoy explained.

“Consumers were looking for an easier way to get the [cleaning] process started. They wanted someone trustworthy, reputable and at a fair price. At the time there were a few online marketplaces in the US that were starting to gain traction and significant investment, so we saw this as an important step for the industry.”

Goodnest first launched in Auckland in April 2014 focused primarily on connecting consumers with residential cleaners. Since its launch three years ago the online platform has expanded into Wellington, Christchurch, Hamilton, Tauranga and Dunedin. The model has also been trialed in Sydney – a market earmarked for further development in 2018.

Pricing for cleaning services is based on the configuration of the house, with additional services such as ironing and laundry add-ons. Customers also select a timeframe as well as the frequency. Cleaners are vetted by Goodnest and undergo background checks, interviews and perform an assessment clean as part of the induction. Once registered, cleaners have access to an online dashboard that notifies them of available jobs. Cleaning, both residential and commercial, is understood to make up around two-thirds of total bookings, with most cleaners on a base rate of around $17 and $18 per hour.

More recently Goodnest has seen a growing rise in commercial cleaning requests such as end of tenancy cleaning, mould removal and meth testing from property managers. This had led to the establishment of several national partnerships with real estate companies and loss adjusters. As part of the partnership the companies have access to a customised quote management dashboard via Goodnest.

“When we were doing just [house] cleaning, we got told by customers what the next category should be. Deep cleaning and end of tenancy cleaning was something that we needed to quickly build due to demand. We started to see a lot of bookings referring to ‘the tenant’ in the job description.

“Meth testing and mould removal have stemmed from the commercial side. Some real estate agents, property managers, loss adjusters and insurance companies are using a customised dashboard, where they’re able to transfer their existing management platform to ours, eliminating the pain points of trying to find someone themselves.”

MacAvoy said the investment will be put towards the startup’s digital platforms as well as enhancing its online services such live chat, geo-fencing, appointment reminders and invoicing capabilities.

“As cliché as it sounds, we do believe that the best marketing we’re going to get is giving people the best experience. The funding is going to let us expand our offering to consumer in terms of the experience.”

A dedicated app for Goodnest’s 850 listed tradespeople, including cleaners, is also in the pipeline. “Right now our tradespeople use the mobile experience but we’d like to create an app that will help them manage their day.”

With technology front of mind for the startup for the remainder of the year, geographical expansion has been put on hold. According to MacAvoy the company will consider targeting new markets early next year, naming Australia as an area of interest.

“There’s so much growth within the footprint we’ve got – we’re not even a tenth of the way of where we could be. I think it will likely be early 2018 that we look again at expansion and start to look seriously at Australia.”