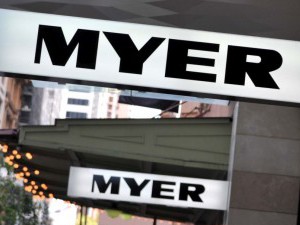 ‘The Fair Work Ombudsman alleges Pioneer Personnel contravened the Fair Work Act by short-changing nine employees it supplied to clean Myer stores at Chadstone, Doncaster and the CBD in Melbourne; the CBD in Hobart and Maroochydore on Queensland’s Sunshine Coast in 2014’.

“A decision was made to commence legal action because Pioneer Personnel had previously been put on notice and because of concerns that the company’s alleged non-compliance issues potentially affect a large number of workers, including many vulnerable workers,” said FWO Natalie James.

Pioneer Personnel supplies hundreds of cleaners through contracting and sub-contracting arrangements to a number of major retailers nationally. The FWO alleges that the cleaning contractor underpaid nine employees, who include migrant workers from non-English speaking backgrounds, more than $18,000 between April and November in 2014.

“The alleged contraventions were discovered as part of investigations into a number of cleaning contractors engaged by Myer,” explained Ms James.

“The Fair Work Ombudsman has for some time held concerns about the workplace practices of cleaning contractors engaged by Myer at various sites.”

‘The Fair Work Ombudsman has held a number of meetings with Myer and expressed ongoing concerns about the employees of cleaning contractors engaged by Myer. Myer has been invited to enter into a compliance partnership with the Fair Work Ombudsman to address issues of non-compliance within its supply chain, however the company has so far declined that invitation’.

In spite of that, a spokesperson from Myer said that the department store takes its “responsibilities as an Australian employer very seriously” and that “we hold the same concern for the rights and well being of anyone who works in our business”.

She also added that Myer will “continue to assist the Fair Work Ombudsman with any enquiries and investigations”.