Advertisement
The $57,024 in fines imposed against a Sydney cleaning operator for exploiting a foreign worker sends a message that there are serious consequences for breaching foreign workers’ rights, according to late December Fair Work Ombudsman (FWO) press release. Sydney-man Jae Kye Lee was fined $9,504 and his private company Jooine (Investment) Pty Ltd – through […] 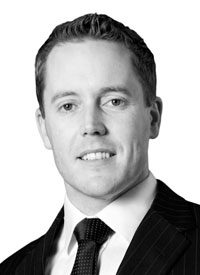 The $57,024 in fines imposed against a Sydney cleaning operator for exploiting a foreign worker sends a message that there are serious consequences for breaching foreign workers’ rights, according to late December Fair Work Ombudsman (FWO) press release.

Sydney-man Jae Kye Lee was fined $9,504 and his private company Jooine (Investment) Pty Ltd – through which he operates a contract cleaning business – fined a further $47,520, in the Federal Circuit Court, Sydney.

‘The fines were imposed after Lee admitted his company hired a South Korean national under a sham contract, underpaid him a total of $1,858 and threatened to sack him unless he lied to the Fair Work Ombudsman about the situation.

‘The Court has also ordered Lee’s company to back-pay the worker.
The fines and back-payment order are the result of legal action by the Fair Work Ombudsman, which discovered the breaches during an auditing campaign,’ stated the release.

“Exploitation of vulnerable foreign workers in Australia will not be tolerated,” Campbell emphasised.

“Most employers are committed to doing the right thing by workers but the small minority of rogue operators who engage foreign workers with the intention of exploiting them need to get the message that they will face serious consequences.”

The underpaid worker is a South Korean national in his early 30s who speaks little English. He was in Australia on a working holiday visa when he worked as a night shift cleaner for Lee’s company between March and May, 2011.

The worker was generally paid less than $10 an hour to perform cleaning duties at offices in Northbridge – but was entitled to receive more than $19 per hour.

In his judgment, Judge Michael Lloyd-Jones found that Lee and his company deliberately underpaid the worker and breached sham contracting laws by knowingly misclassifying the worker as a contractor, rather than as an employee.

Judge Lloyd-Jones said the sham contracting resulted in the worker being deprived of not only wages but also “other benefits such as workers’ compensation protection, the right to receive superannuation and leave provisions”.

Judged Lloyd-Jones said if an organisation wants to set up independent contracting arrangements, there are specific requirements to be met.

“The penalty made in this matter should be a strong and specific deterrent to Mr Lee and to others who seek to pursue this type of contracting versus employment structure,” Judge Lloyd-Jones said.

“The deterrent should also extend to the advisors who have facilitated the orchestration of these scams, to prevent their further proliferation of such advice and facilitation.”

Judge Lloyd-Jones said deterring sham contracting also helped to ensure an even playing field between employers by discouraging employers from unlawfully undercutting each other and avoiding tax obligations.

“Sham contracting arrangements are particularly serious because of the damage that sham contracting can have on the Australian economy and other employers generally,” Judge Lloyd-Jones said.