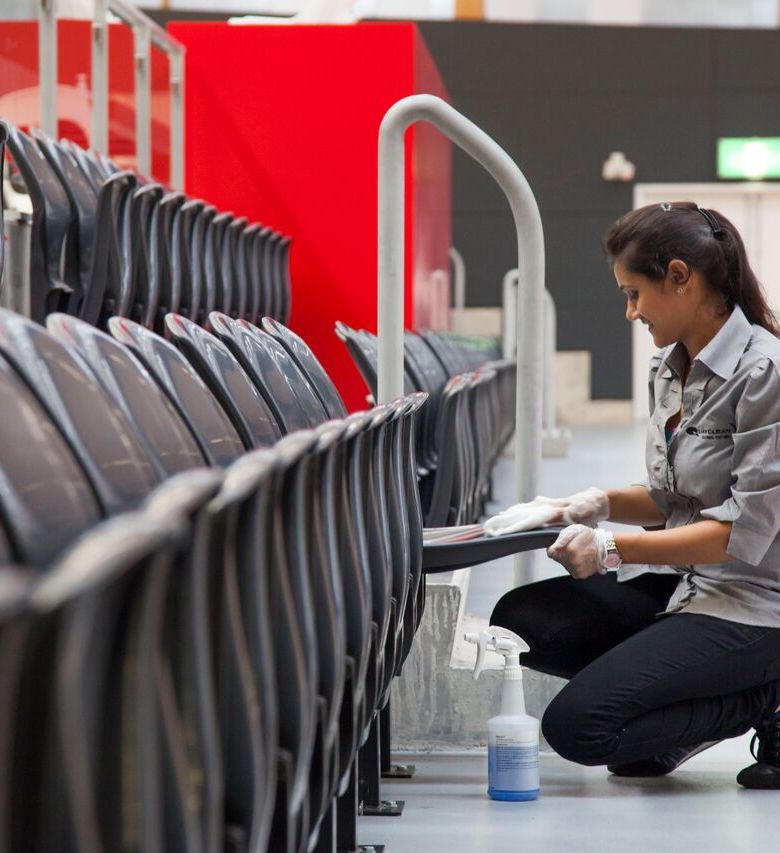 The Fair Work Ombudsman (FWO) has commenced legal action against the principal cleaning contractor and sub-contractors of the then Etihad Stadium (now Marvel Stadium) following an investigation in 2017.

The Ombudsman said a late-night visit by Fair Work Inspectors to Etihad Stadium after a 2017 AFL match has led to the legal proceedings against the then Etihad Stadium’s principal cleaning contractor, a sub-contractor and two individual directors.

The FWO alleges 25 cleaners, 14 employed by Ranvel and 11 employed by Lionheart, were underpaid a total of $99,637 between 1 February and 30 June 2017 after being paid flat rates for cleaning work performed at the stadium.

“The Fair Work Ombudsman prioritises any matters involving a supply chain in the cleaning sector. Workers employed in this sector are low-paid, often vulnerable migrant workers with limited understanding of their workplace rights. We investigated this matter after receiving an underpayment allegation through FWO’s online anonymous report tool.”

The affected employees were allegedly underpaid entitlements under the Cleaning Services Award 2010, such as minimum ordinary hourly rates, casual loadings and penalty rates.

Lionheart and its director Harjot Singh allegedly paid 11 cleaners flat hourly rates ranging from $7 to $23, resulting in total underpayments of $75,138.26.

Ranvel and  its owner/director Indika Udara Lokubalasuriya allegedly paid 14 cleaners a flat rate of $16 per hour, resulting in total underpayments of $24,498.80.

The FWO alleges Quayclean paid amounts to Ranvel and Lionheart that were not sufficient for the subcontractors to meet various Award entitlements, and was involved as an accessory in some of the underpayment contraventions.

The on-site audit investigation by the Fair Work Ombudsman into employment and payment structures of two sub-contracting companies used by Quayclean at Marvel Stadium in 2017 has been the catalyst to completely overhaul the company’s operational and business model, the company said.

Following the FWO on-site inspection, Quayclean Australia undertook its own full review into existing customer relationships and operations, including where work may have been completed through sub-contracted companies.

Quayclean CEO, Mark Piwkowski said as a result of this review, Quayclean overhauled its operational and business model to adopt a fully employed model under the Modern Award to eradicate the risk of non-compliance by sub-contractors.

“There is no allegation that Quayclean has ever underpaid its employees. We regret that sub-contracting staff were allegedly underpaid by sub-contractors and we are pleased payments have been fully rectified,” said Piwkowski.

Piwkowski said the fully employed labour model was implemented at Marvel Stadium within 10 days of the FWO inspection in 2017 and has since been included in all new and renewed contracts.

“Quayclean uses a fully employed labour model and now has over 1500 staff across the country. Speciality contractors, if used, are for high window cleaning or specialty cleaning where local staff are not available,” he said.

“Our change to a fully employed model has been fully supported by our customers and we are very grateful for their ongoing support.

“Our approach has been to work with market sectors and customers to help them understand and respect the value of site presentation and cleaning, whilst developing systems, technologies and resources that optimise labour in the most efficient manner,” said Mr Piwkowski.

“We will continue to educate procurement managers of the true cost of cleaning and presentation services. The work that we provide cannot be allowed to be undervalued because of a strong desire for cheap pricing.”

Piwkowski said Quayclean Australia acknowledges and accepts the role of the FWO and has fully complied with all questions and requests.

The alleged underpayment amounts owed to the Ranvel and Lionheart employees have been rectified in full.

A directions hearing is listed for 18 February 2020 in the Federal Circuit Court in Melbourne.