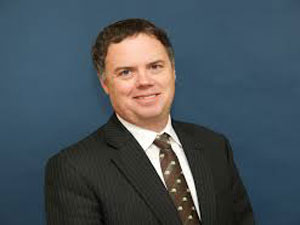 This follows the original allegations made by the ACCC earlier in July this year; find the related story here. Coverall Melbourne was the Victorian franchisor of a national franchise system that establishes and operates professional cleaning services.

‘The Court also declared that Coverall Melbourne engaged in misleading conduct, made false or misleading representations and contravened the Franchising Code of Conduct when it signed up two individuals to the cleaning franchise,’ stated the ACCC.

‘In its initial dealings with the two franchisees, Coverall Melbourne made statements and provided a “Coverall Australasia Franchise Plan” document, which represented that a particular investment by each of the franchisees would result in them earning specified monthly amounts. The Court declared that Coverall Melbourne did not have a reasonable basis for making these representations.’

“Businesses that provide earnings information to franchisees must ensure they have a reasonable basis for making any earnings representations,” said ACCC deputy chair Dr Michael Schaper.

“The ACCC considered that Coverall Melbourne’s conduct was particularly egregious because, following its misleading behaviour when signing up these franchisees, Coverall Melbourne then failed to pay them for the work they had done,” he added.

‘The Court also declared, by consent, that Coverall Melbourne’s former director, Brett Jones, was knowingly concerned in Coverall Melbourne’s unconscionable conduct contraventions. The Court ordered by consent that Jones pay a penalty of $30,000 and compensate the two affected franchisees for the franchise fee they had paid and the monies owing for work completed, amounting to slightly over $23,000. Jones was also ordered to pay a contribution to the ACCC’s costs.

‘The Court also made an order, by consent, disqualifying Jones from managing a corporation for two years, and accepted an undertaking from Jones and Coverall Melbourne’s former sales manager, Astrid Haley, that they will not, for a period of two years, be directly or indirectly involved in the management and/or marketing of a franchise business.’