Advertisement
‘Revitalisation’ a key Association focus The Building Service Contractors of New Zealand Inc (BSCNZ) has experienced one of its most active industrial relations’ periods ever but has, during that time, continued to plan and implement initiatives geared to engendering greater Association strength. In particular, the BSCNZ has embarked on ‘project revitalisation’. “We are pleased that […] 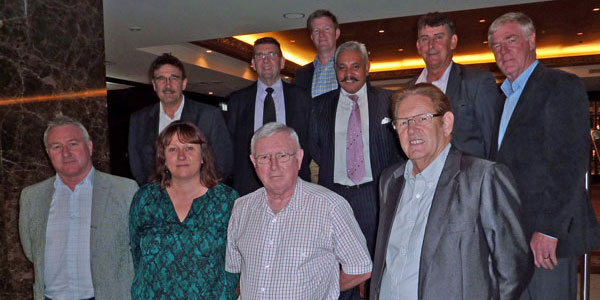 The Building Service Contractors of New Zealand Inc (BSCNZ) has experienced one of its most active industrial relations’ periods ever but has, during that time, continued to plan and implement initiatives geared to engendering greater Association strength. In particular, the BSCNZ has embarked on ‘project revitalisation’.

“We are pleased that we have achieved quite a bit in the last six months but we know we have still a lot of work to do,”stated BSCNZ national president Patrick Lee-Lo.

Addressing members and associates members at the 2013 annual general meeting held 30th April in Auckland, he noted, “the BSCNZ was presented with a number of challenges and opportunities both internally and externally, with the impact of some of these yet to reach their full magnitude.”

On the industrial relations’ front, Lee-Lo said Part 6* “has contributed to an unprecedented number of issues that has faced the BSCNZ and we have had to respond to any false propaganda.”

“The BSCNZ’s view on Part 6A is quite simple – either all comply or none comply. Proposed amendments such as the SME exemption from complying with Part 6A will cause our industry huge issues. In fact, we would rather leave Part 6A as it is or have it repealed entirely.”

[Editor’s note: The BSCNZ is conscious of Australia’s endemic sub-contracting (in some cases ‘sham’ sub-contracting) and is very concerned that exemptions could lead to a similar industrial IR scenario in New Zealand]

The BSCNZ has lobbied strongly on Part 6A. “Time will tell us if we were successful. If not it won’t be for lack of trying,” emphasised Lee-Lo.

“We have a council of new, young, energetic and hopefully innovative members to develop to become our future industry leaders along with our older, experienced, wise heads as well. This good mix bodes well for the future of our BSCNZ,” enthused Lee-Lo.

As well as its IR activities, the Association has maintained a consistent media program with its cleaning and facilities management titles; remains heavily involved in MECA negotiations; has merged its BSCITO training organisation with Careerforce; and established special internal committees including a code of practice group.

Adding strength and value to membership

Integral to the BSCNZ’s ‘project revitalisation’ are the quests to ‘add strength and value to the organisation for its members and stakeholders’, and to become a leading political voice for the industry based on strength and equity’.

“Our mission is to be ‘the promoter and voice of the building services industry in New Zealand’,” stated Lee-Lo.

An important part of the BSCNZ’s development strategy is a membership drive that has already commenced.

So too have a number of networking relationships with other associated industry bodies.

Past president Brian Young thanked Lee-Lo for his efforts as national president and recognised what he has had to experience in his initial period leading the BSCNZ.

*The object of Part 6A of the Employment Relations Act 2000 is to preserve the employment conditions of specified categories of employees (namely those who provide cleaning or food catering or laundry services) when the business that they work within is transferred, contracted out or sold.