Advertisement
A clear strategy for mould prevention and treatment will remove many potential health complaints, unsightly appearances and treatment confusion. 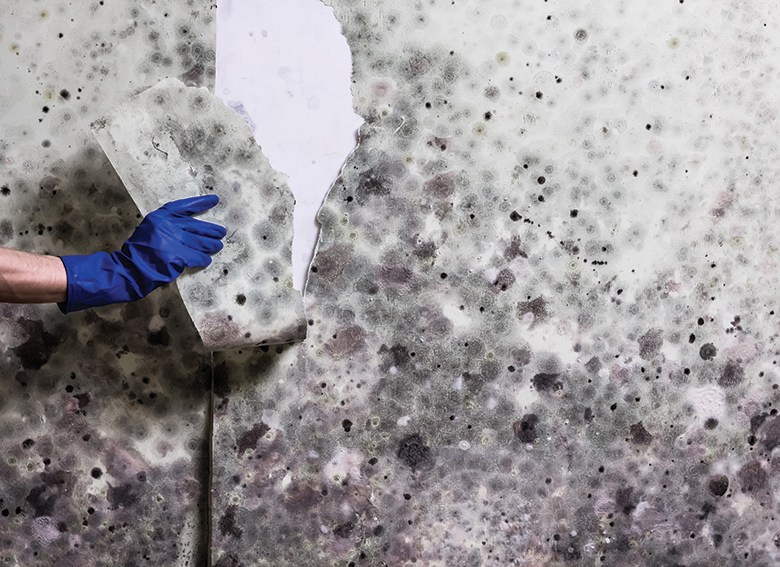 There is no arguing that mould in any building environment is an unwelcome visitor. It is unsightly, associated with negative health symptoms (whether actual or psychological), can damage target substrates and is an indication of less than ideal indoor air quality.

Knowing the when, what, why and how about mould can most times prevent the pain of mould in the first place but also enables a clear, unconfused strategy in dealing with the incidence of mould inside a building should it occur.

Every building environment has some mould present and hopefully reflects what is regarded as normal fungal ecology.

A well-maintained building with no water ingress and with the maintenance of low humidity levels can quite easily maintain a normal fungal ecology where mould specie and levels are low enough to be not visible nor a cause for negative health effects.

It is worthwhile to remember that mould is a topic which absolutely illustrates the adage “prevention is better than cure”.

Mould, by definition, requires moisture, warmth and organic matter to germinate and grow. Many mould spores can lie dormant until these conditions eventuate. Mould germination will often occur in as little as six hours. D

ampness occurring in building materials, carpet, fabrics, etc for even half a day can dramatically raise the risk of biological growth.

Poor ventilation contributes to higher humidity levels and leads to condensation, which also facilities and promotes mould growth and infestation.

Considering these growth conditions, it is easy to understand that the vast majority of mould grows on porous substrates where moisture is restricted from quick evaporation (eg wood, masonry, concrete, plasterboard).

The health hazards of moulds are often misunderstood. The most common response to mould is an allergic reaction. Moulds themselves are seldom toxic, however, many moulds produce airborne mycotoxins which are considered toxic and when inhaled or ingested can cause severe allergic reactions such as respiratory irritations, nausea, dizziness and headaches.

The health effects are dramatically pronounced indoors where conditions are often conducive to mould growth which is then accentuated by the restriction of free air movement and air change and is the major contributor to poor indoor air quality (IAQ).

Mould generally becomes a pain point when it becomes visible or able to be sensed by smell. This point is reached either by a specific event such as a water flood or a slow accumulation of moisture which results in biological growth.

Isolated mould growth can often be treated by a competent DIY home/building owner or cleaning contractor. Whilst chlorine bleach is often associated with mould eradication, chlorine has limitations in terms of effectiveness on porous substrates and carries indoor-use health concerns.

A purpose built mouldicide based on hydrogen peroxide or benzalkonium chloride are typically the most effective in eradicating indoor mould and preventing rapid regrowth.

Mould with structural contamination requires assessment by a professional indoor hygienist. Depending on findings mould remediation by a trained mould removal professional may be required.

Thanks to modern technology, exact mould growth and type can be established, providing the data required for effective and efficient mould eradication treatment.

It is highly recommended that companies hired for this work carry recognised training certification (normally IICRC) and belong to a trade organisation such as SCRP (ISSA) or RIA.

Mould is an unwanted but inevitable factor in many building environments. However, a clear strategy for its prevention and its treatment from assessment through to remediation will remove many potential health complaints, loss of productive hours, unsightly appearances and treatment confusion.