Advertisement
ISS has appointed Darryl Prince as the regional people and culture director for the whole ISS Asia Pacific region. 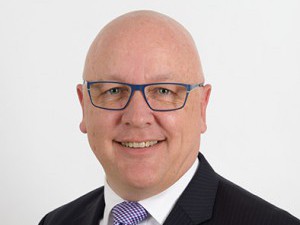 ISS has appointed Darryl Prince as the regional people and culture director for the whole ISS Asia Pacific region.

Darryl will be based in Singapore, the regional head office for ISS, from early 2017 and is transitioning to the new role from now until then.

Darryl is currently the people & culture director for ISS in Australia and New Zealand. He has been with ISS for the last nine years, building a dynamic culture of engaged and well trained employees.

His role was filled internally by Scott Erwin on 1 August 2016, who was previously the general manager of people and culture.

Scott has worked alongside Darryl over the last nine years, driving cultural change with the introduction of the Service with a Human Touch training program and the annual Our People Survey of all employees.

They will work together over the coming months to ensure a smooth transition of responsibilities and minimal disruption to the business.