Advertisement
There were only five cleaning supply shops operating in Sydney in 1983 – and one of them was Complete Cleaning Supplies run by Lynne Wilcox. 30 successful years later, the business is still going strong having expanded its premises on Barwon Park Road in St Peters (Sydney). “It’s been a hard slog,” admits Wilcox, “and […] 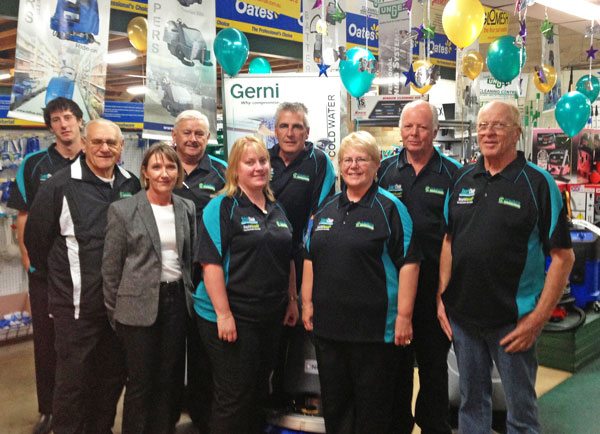 There were only five cleaning supply shops operating in Sydney in 1983 – and one of them was Complete Cleaning Supplies run by Lynne Wilcox. 30 successful years later, the business is still going strong having expanded its premises on Barwon Park Road in St Peters (Sydney). “It’s been a hard slog,” admits Wilcox, “and it hasn’t gotten any easier, but I’ve still enjoyed the ride.”

One of the original six RapidClean distributors in 1988, Complete Cleaning was started from a demand for variety. Wilcox worked as a sales officer for Reckitt & Colman – now Reckitt Benckiser – and received numerous calls a day asking for different products that the company didn’t supply. On a whim, she went into business with two partners and in 1991 she bought them out to be the sole owner of Complete Cleaning Supplies and hasn’t looked back.

“There are always different pressures on a business, which is why it doesn’t get any easier, but due to inflation and interest rates, I’d have to say the first six years was probably the toughest,” Wilcox shared. “I still remember selling a mop back in 1983 for a more expensive price than we sell them for today.”

“I’ve always believed in supporting our own country and selling products made in Australia,” said Wilcox. “If you don’t support your suppliers you have nothing to fall back on. I’ve always had a rule that the supplier gets paid first, because if you support them, they will have your back when you need them.”

Proof of this loyalty was obvious when Frank Cupido of Hako Australia presented Wilcox with a personalised plaque in recognition of the valued partnership the two companies have held for the past 30 years, with Hako being Complete Cleaning’s first supplier. He was followed by Stuart Nicol from Sabco who had nothing but praise for Wilcox, and finally Gerry Goldberg from Pall Mall took the opportunity to thank Wlcox for her continued dedication and loyalty to the industry.

“Pall Mall’s relationship with Complete Cleaning is more than just that, it’s a friendship, which is rare in business,” Goldberg stated. “I still remember the day Lynne opened the shop and recall wondering how long this little supply shop would last – and 30 years later it’s not so little and she’s still here. I look forward to working with her for the next 30 years to come!”

With so many changes over the years, Wilcox has had to adapt and embrace the age of technology, moving the business online. “Everyone does everything online now so it was an obvious progression to move online,” said Wilcox. “Our entire advertising budget now goes into the website, and even though a lot of our customers use it more as a research tool, and then call in their order, it still has a major impact on the business and will be the key for future success.” With the 30th birthday celebrations Complete has launched a fresh look with an updated logo, uniforms and new signage to tie in with the updated website.

When asked why she started the business and whether it’s just as fulfilling now as it was 30 years ago, Wilcox answered with a big smile and a resounding yes. “There is always something new in this industry,” she remarked. “Like everybody else in business, I’m here to make money but for me it’s always been about solving problems. If I can help people by selling them quality products at a reasonable price, then that makes for a happy customer. In the end, that’s what makes a successful business.”