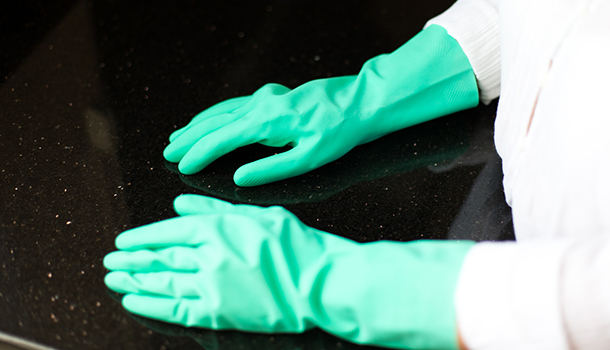 A commercial cleaning company has been convicted and fined $30,000 after a worker’s hand was crushed at a Cobram meat processing facility.

Sanikleen Pty Ltd pleaded guilty in the Shepparton Magistrate’s Court to one charge of failing to supervise its employees so that they could perform their work in a way that was safe and without risk to health. The company was also ordered to pay $9000 costs.

The court heard that on 26 May 2015, a worker was cleaning an evisceration table – a line of offal trays moving continuously on a chain – when he reached down into a drainage channel underneath to retrieve some waste meat.

The plant was energised and the trays were moving when the worker’s hand became trapped between a tray and the channel.

The court was told the worker could not reach the emergency stop and his co-workers could not see or hear him.

He was able to remove his hand once the tray passed over it, but suffered a broken wrist and tendon and nerve damage and missed two months’ work.

A lock out/tag out procedure to ensure the table was isolated from energy sources during cleaning was not being followed on the day.

This is the fourth time Sanikleen has been convicted and fined over workplace safety breaches.

In December 2014 the company was convicted and fined $100,000 after a worker injured his hand while trying to clean a moving conveyor belt in Wodonga.

Earlier this year in January Sanikleen was ordered to back pay an underpaid worker in regional Victoria almost $3000 and agreed to make a $1000 donation, following intervention by the Fair Work Ombudsman.

The back-payment was made by Sanikleen to one of its employees it supplied to work as a cleaner at the Don KR Castlemaine processing plant. Fair Work Ombudsman inspectors investigated the matter after receiving a request for assistance from the employee last year.

It was determined that the employee had been underpaid a total of $2856 between 2013 and 2015 as result of Sanikleen’s failure to provide him with a part-time loading, penalty rates for Saturday work and paid meal breaks.

WorkSafe executive director health and safety, Marnie Williams, said Sanikleen’s latest incident demonstrated that safe systems of work were of no use unless companies ensured that employees followed them.

“Devising a safe system for workers to complete tasks is just the first step in avoiding injury. Employees also need to be supervised to ensure they understand and use the system set out for them,” Williams said.

Williams added the dangers of working with plant and machinery should be obvious to employers.

“Machines with moving parts often have the potential to cause serious injury, or even death. There should be no cause for an employee to be attempting to clean anything that is still operating.”

One thought on “Cleaning firm fined $30,000 after worker’s hand crushed”