Advertisement
As many as 300 homes in Canberra have tested positive for large traces of methamphetamine but have not been fully decontaminated. 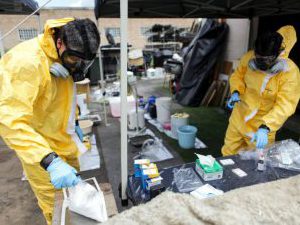 The number of houses that have to be decontaminated following the discovery of meth labs inside is on the increase’, reported The Sydney Morning Herald on 3 December 2016.

According to Meth Lab Cleaners Australia managing director Josh Marsden, ‘as many as 300 homes in Canberra have tested positive for large traces of methamphetamine but have not been fully decontaminated due to the clean-up cost involved’.

[quote]”It costs a fortune to decontaminate a property with a meth lab in it. The clean-up can be anywhere between $15,000 and $50,000,” he said. “This has been the busiest year that we’ve had and it’s only going to get busier.” [/quote]

Mr Marsden added that “the number of cases was increasing so much that many real estate agents are now including on condition reports whether homes used to have meth labs”.

“We spend time educating agents of the risks, which they don’t have the knowledge about and there’s nothing out there to help them,” he said.

[quote]”For us to go into that environment we have to wear full protective clothing, masks with separate oxygen so that we’re not breathing in any of those chemicals because they can kill people,” he said. “I think in some cases, definitely in other states, they have to knock the house down essentially to remediate it because it’s so chemically destroyed. You just can’t get rid of it, it seeps everywhere.”[/quote]

Mr Marsden added that he expects more houses will need decontamination as the rate of methamphetamine use continues to rise, making it even harder for cleaners to keep up with demand.

[quote]“There are several signs homeowners can look out for to see whether their house is affected,” he said. “A lot of the time there’ll be orange staining around the kitchen and the nearby walls. Other instances are chemical stains on the carpet or bench top and also around the garage.”[/quote]